I have enabled Monitor and Tracing by adding Windows Server 2016 Roles. But IIS not showing me worker process Current Requests when I request a webpage 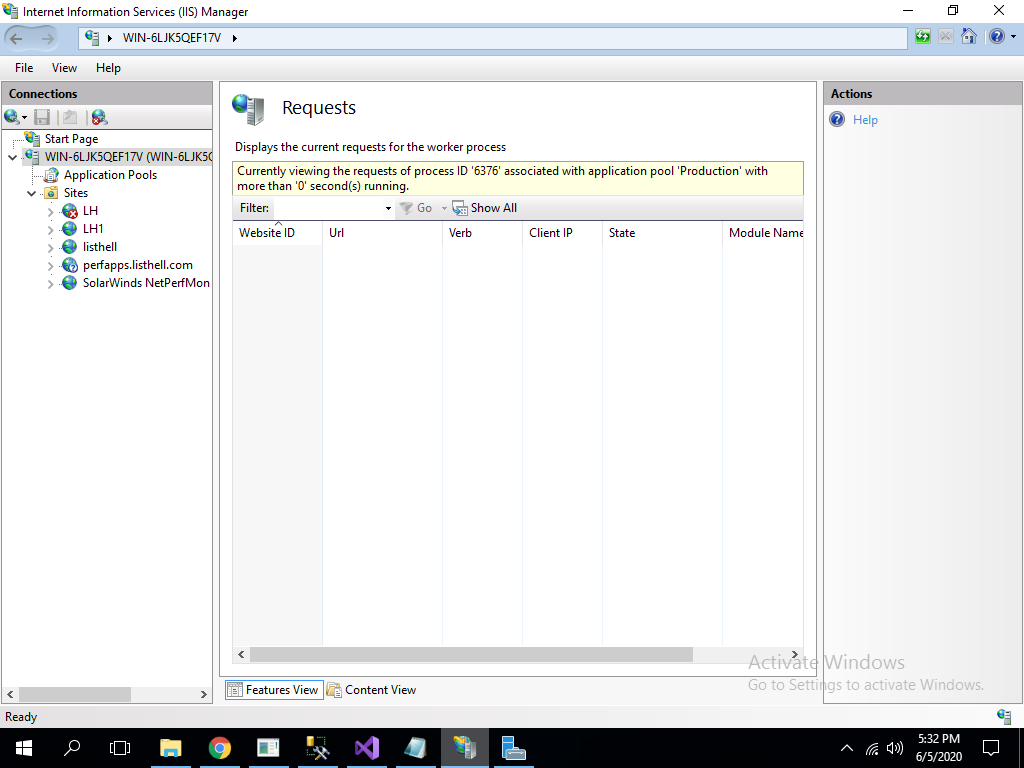 How can I view current requests coming in IIS for App pool?

This is probably a little too late (10 months later), but the reason you're not getting the "Show requests" command and can't see them is because you're missing the "Request Monitor" feature in your Web Server Role.

Just open the Server Manager,go to Add or Remove Roles and in the wizard make sure you're checking the "Request Monitor" under "Health And Diagnostics", like it's shown in this screen capture: 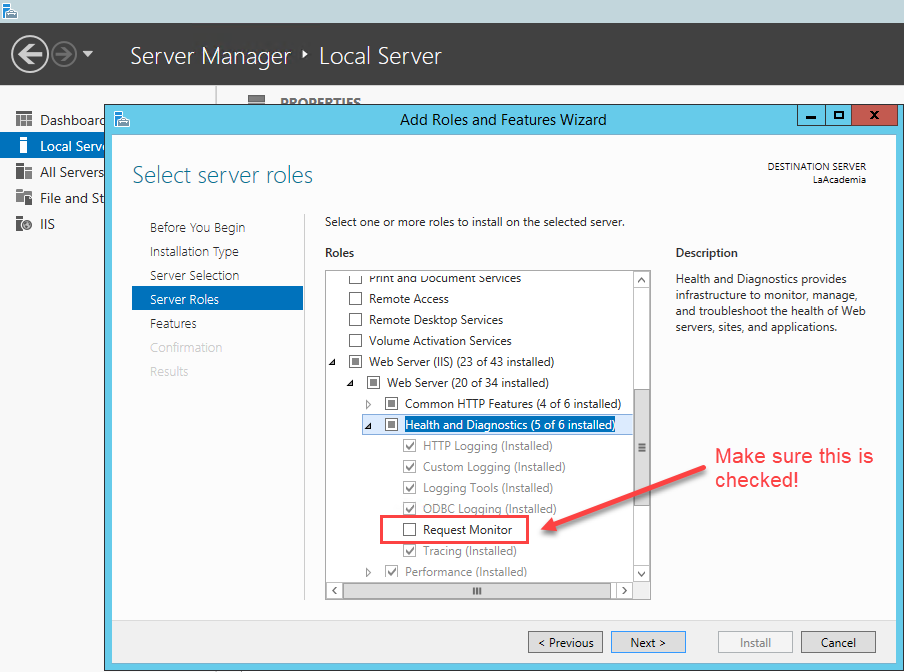 After the feature is installed, open again your IIS Manager and you'll see the option to inspect the requests.

Not the answer you're looking for? Browse other questions tagged iis asp.net windows or ask your own question.

3
Web form losing POST values in a proxy environment
12
What is the advantage of increasing "maximum worker processes" in IIS?
1
How do I increase the upload size in IIS?
0
How do I host an asp.net dll application in a WP website?
2
Getting mediaWiki to work intranet on IIS
2
403 forbidden error when IIS is binding ASP web app on port 8080 to be accessed via a subdirectory