CDN png image not accessible from my machine

I'm getting a very strange error on http://cure.org where the following PNG image is not being delivered from the CDN to webkit browsers (both Chrome and Safari), but Firefox is loading it just fine.

Even more strange is that only one image appears to be affected. Other PNGs, include the site main sprite, are loading just fine.

The affected image url is: http://c615642.r42.cf2.rackcdn.com/img/list-focus-bg.png which when it from Chrome and Safari return a "Webpage not available" result.

Does this made any sense? Why would Firefox be loading the image but not Safari or Chrome.

Also, my testing so far has only included Mac boxes. However, my colleague on Linux is loading the image fine from both FF on Kubuntu and Chrome on Kubuntu.

Edit: After clearing my cache in FF it's not appearing there either.

Turns out that according to HttpFox, rackspace is giving me an old version of the file.

We're going to contact Rackspace about it, but my tech dir says sometimes routers or ISP's can cache the file along the way. 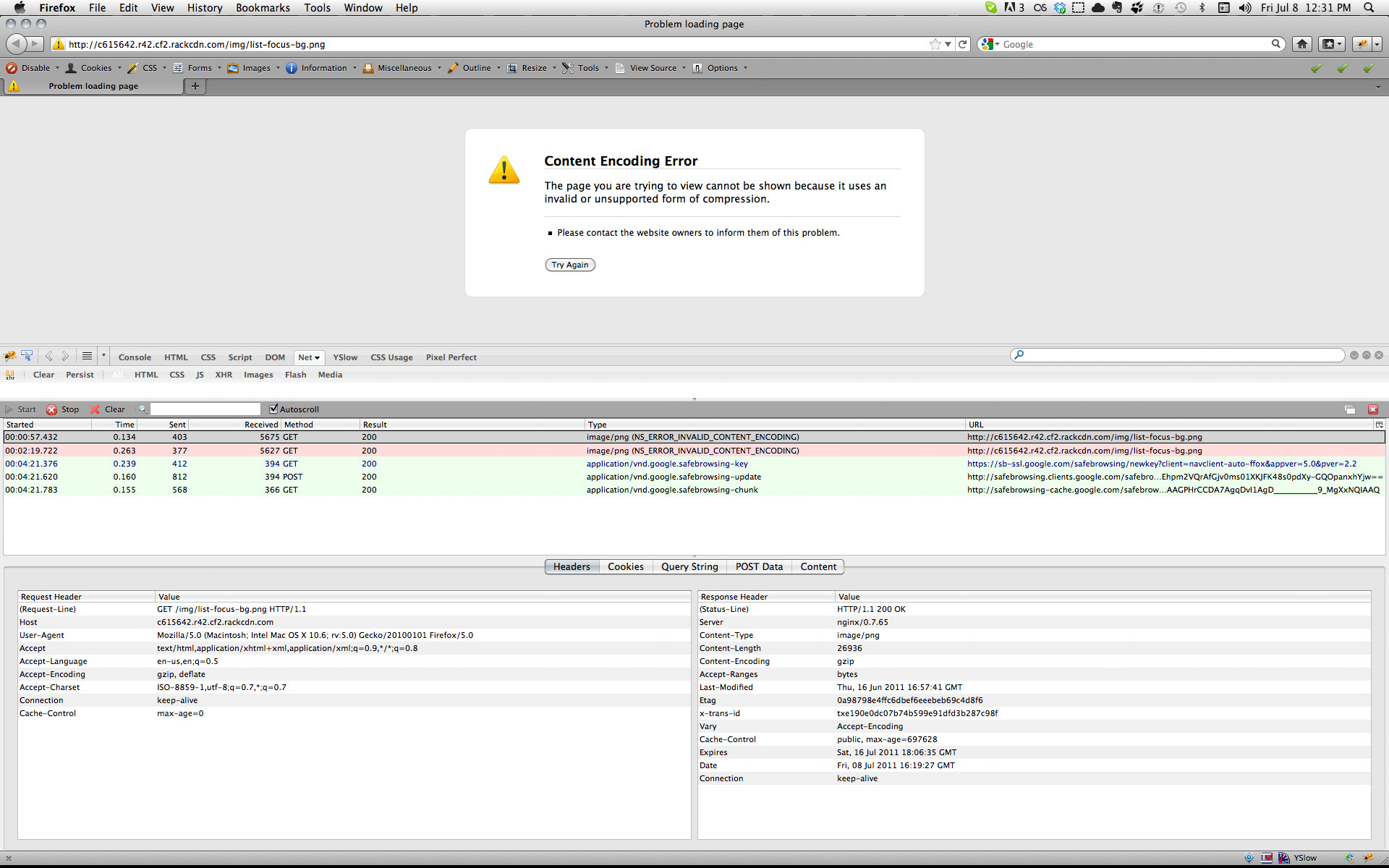 Here's what Fiddler reports for that image:

So, you TOLD Rackspace to cache the image for 30 days on their CDN. That's what they're doing, which is why you are seeing older versions of the file from some of the CDN nodes that had the old version in their caches. The default is 24 hours, so you must have over-ridden it via their website or their API. Did you copy-and-paste code or something?

To override the 30 days of caching you set up, you need to change the URL of the image in the source page, or tell Rackspace to purge the old version from their CDN nodes: http://www.rackspace.com/cloud/blog/2011/02/25/cloud-files-cdn-gets-edge-purge/

Not the answer you're looking for? Browse other questions tagged cdn rackspace png or ask your own question.