Is the meta name="author" tag actually good for SEO?

I noticed that every time I search on google for one of my pages, the sentence "[my name] blog" is added to the title results on Google when the title is not very long:

I don't think that it actually helps to get any more clicks as nobody cares who the author is and it makes the title more verbose and more difficult to read.

I assume Google is getting it form the meta tag:

Wouldn't I probably get a higher CTR if just remove it from all my blog posts? Are there any cons that I should know before doing it?

Google rewrites titles to add the brand because they have run experiments that show that users are more likely to be satisfied with the search results when titles contain brand names. It keeps the titles from being overly repetitive and increases click through rate (CTR), especially for brands that users recognize.

In summary: You can remove the author meta tag without hurting SEO, but it won't stop Google from altering your titles in the search results.

For the purposes of this answer Google Authorship = Author Rank

When Google Authorship was introduced, it was all that the SEO community was talking about for a while.

Google Authorship was primarily Google’s way to allow the authors of content to identify themselves for display purposes. It was like the first SERP feature, rich snippet, etc. We marked it up with Microdata tho, instead of JSON-LD.

Google retired it after just 3 years back in 2014. Why tho? It was a popular feature. Many SEOs argue that Author Rank is not dead.

Google Authorship May Be Dead, But Author Rank Is Not

I am not a robot

You know how when you click a re-captcha you get prompted to click all of the street lights, or cars, or fire hydrants? We do this to prove that “I am not a robot”. This is a simple Turing test, except there are a ton of ways without selecting all of the motorcycles in an image to communicate that we are humans.

Re-Captcha (by Google) is double dipping here - when we select only images containing boats, we’re training an AI. Now take a step back and think about why Google Authorship existed.

Google always introduces a new shiny toy when they want something. They'll also tie it to a "rankings factor".

So what did Google want with Author Rank?

We added Schema Markup (at the time via Microdata) in order to train a semantic search algorithm to identify and extract named entity from structured data in our content.

Downvote if you like...sure this is speculation...but there's literally no monetary reason why Google would implement this if they weren't looking for free data. Google Authorship didn't make the company any money.

Here's Matt Cutts on rel=“author” - it’s only 2 min long, but get’s at my point excellently.

“If Danny Sullivan writes something on a forum or something like that, I’d like to know about that, even if the forum itself doesn’t have that much PageRank.”

We also hear Matt hint at this idea in this video as well (starts ~4:30, I've got it linked to there).

Bill Slawski Has Talked About Named Entities/Associations at Length

These diagrams are present in Google's patents on entity associations: 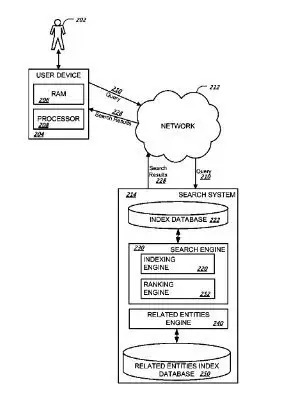 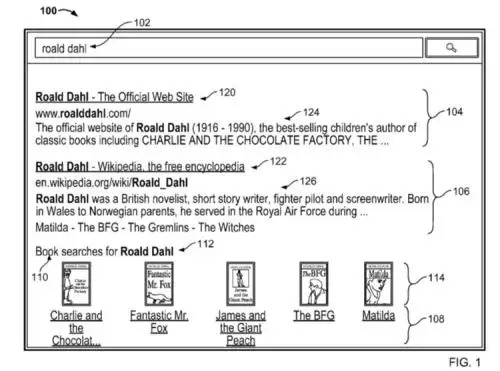 A Google patent application on related entities published earlier this year also explores drawing connections between different named entities. These could be specific people, places, or things. It does this by looking at entity associations with specific websites and understanding “related entities” for those original entities. An entity association is when a specific entity connects with a particular website. This may be because a site is authoritative for that entity. Or because a page from the site is a navigational result for a query that includes that entity.

On a search for “John Wayne,” the official John Wayne website is the top result in Google and the second result is the John Wayne Wikipedia page. Those may rank well not because of traditional ranking signals such as PageRank and information retrieval scores based upon relevance. Instead, because they are pages that are authoritative on the entity “John Wayne,” and great responses to those queries as navigational results.

Speaking of Bill, here’s a bit from an interview he did with Schema App:

Bill: are you familiar with machine IDs?

Martha: I’m not. Tell me more.

Bill: It’s like the Wiki data number that came from if you do a search at Google Trends for an entity like Chicago Cubs or something like that, if you see a type that something other than a search type if you see like Chicago Cubs you look for it and it says baseball team, so it’s a type. So, it’s recognizing Chicago Cubs as an entity. If you look at the URL the last few letters and numbers of the URL are the machine ID number. So, that’s using Google Trends to help track entities. It’s used in… Google did a blog post on reverse image search where they say their using machine IDs to track entities and images so when you do a search for an entity as an image of an entity, it’s using machine ID numbers to help it find that which ties into the Google lens use of schema to find entities.

Martha: And are these two things like the entity nodes within the knowledge graph from Google’s perspective or are these like more global standard entity IDs that can be used like from a sort of more data comments or a sort of open data stance?

Bill: They are sort of like a shortcut Google is using for, you know, they’re doing search engine optimization too but they’re actually optimizing the search engine they’re trying to make it quicker for them. So, if you search for Arnold Schwarzenegger they say oh that’s this string of numbers and letters, so that’s all mentions of Kindergarten Cop, all mentions of the terminator, all different roles that he’s played. They know that’s the same person the same entity.

Martha: And is that something you think that brands can control. So, if I know Kellogg, could I actually start sort of helping define that if I’m managing my schema markup in knowledge graph?

Bill: Okay. So Google I/O 2013, they came out with something they called the invisible same as which meant that they could use a link element instead of an anchor element as something you could use to show that an entity you’re talking about is the same as something that maybe you see in Wikipedia or something.

Your question: Is the meta name="author" tag actually good for SEO?

It's even better if you reference an author in your structured data. Google knows where you post and they understand your authority.

By answering this question, I'm also adding to my authority - see the semantic markup?

While rel="author" is not schema markup, but it's absolutely semantic. As stated earlier, Google pulls this info from link elements as well.

Not the answer you're looking for? Browse other questions tagged seo meta-tags or ask your own question.

2
Blog: Search results prefer index page over content pages
2
Blog name and tagline only in the footer, any SEO problems?
1
Does the meta description affect page ranking on Google?
1
How many times can the same keyword appear in a meta description tag without penalty?
2
How does Google track impressions for SEO: does it count times where it is in the results, but not visible?
2
Do blog titles that exceed the recommended amount for title tags hurt SEO?
1
Is it okay to use the meta description as summary for a blog listing?