Can brackets in page titles make it a completely different title to a crawler?

On my site, I feel to increase rankings, I'm going to include categories including one that 80+% visitors seems to want. As a result, I will need to include that category in the important HTML tags.

For example, on an image page representing bloke party venue (which is a local nightclub), my title tag is currently something like this:

To allow me some flexibility, I feel that I need to trim the names of some party venue names to allow more space for a better title. For example, I feel changing "Luxy entertainment complex" to "Luxy" might be a wise solution but I hope the venue owners wont freak. lol.

Anyways, my question is, if I include the category name in the title in brackets, would the brackets make the name completely different, or will they be ignored?

Here's my before titles for some images:

Here's my proposed titles for some images (what I intend to change them to):

Yes, I spelled Blue wrong but that is deliberate because it is part of the name.

Based on my first example, If I made the above changes to my titles, would google think I'm trying to rank for "(nightclub)" or "nightclub" in one title?

If the answer is "(nightclub)", then could I use different characters in place of the parentheses that makes the word inside it stand out as a category which Google wouldn't include with the word when I'm trying to rank for the word?

P.S. My titles might be oddish but I'm trying to keep within the 65-character limit while making it informative.

I have seen curly brackets break titles in sitelinks, but not elsewhere.

For example, as of today (20190905), if one googles "cal poly student affairs", one may see the sitelink titled "The He{a}" for a page that is actually titled "The He{a}rd At Cal Poly - Student Affairs - Cal Poly, San Luis Obispo". 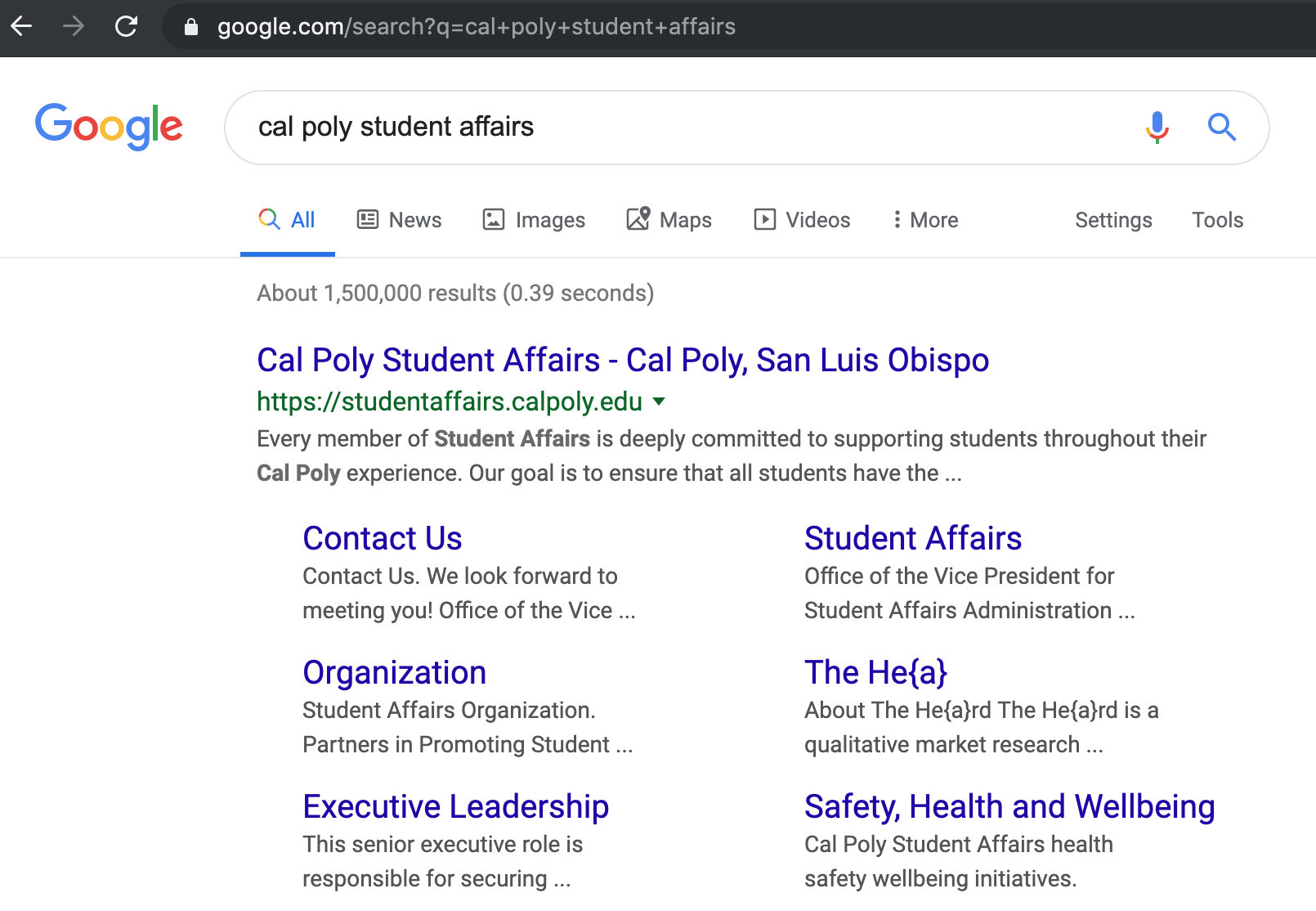 This is not true for the normal search result in Google's rankings.

I have tested a other non-alphanumeric characters in titles, but have never seen any others causing problems in Google search results.

I encountered no issues with the full title being scraped/parsed using a variety of other common crawlers including Screaming Frog SEO spider, and with a wide variety of python (requests, urllib, Scrapy) and R packages (httr, Rcrawler, rvest)

(Note that it is generally considered a bad practice to use many non-alphanumeric characters in page titles that are used in URLs.)

Not the answer you're looking for? Browse other questions tagged title tags or ask your own question.

7
Display of special characters in the page title in SERPs
2
How can I avoid duplicate titles and descriptions on user-generated pages?
0
what would cause incorect titles to be listed in google?
3
Do one-word synonyms in title tags hurt SEO if they contain word combinations users seek?
2
Stop google from replacing pipes with colons?
3
Google displaying wrong title / Adds “First -” before the title
3
Can I randomly change the page title for users while showing search engines a static title?
1
In a WordPress e-commerce website - Why are product titles with wording better than titles with just numbers?
4
Title too long - SEO implications?
1
Is there any advantage or disadvantage to having category breadcrumbs in the page title?