In the acquisition > channels report I select social and use a custom filter "facebook" to identify referalls from FB, like so: 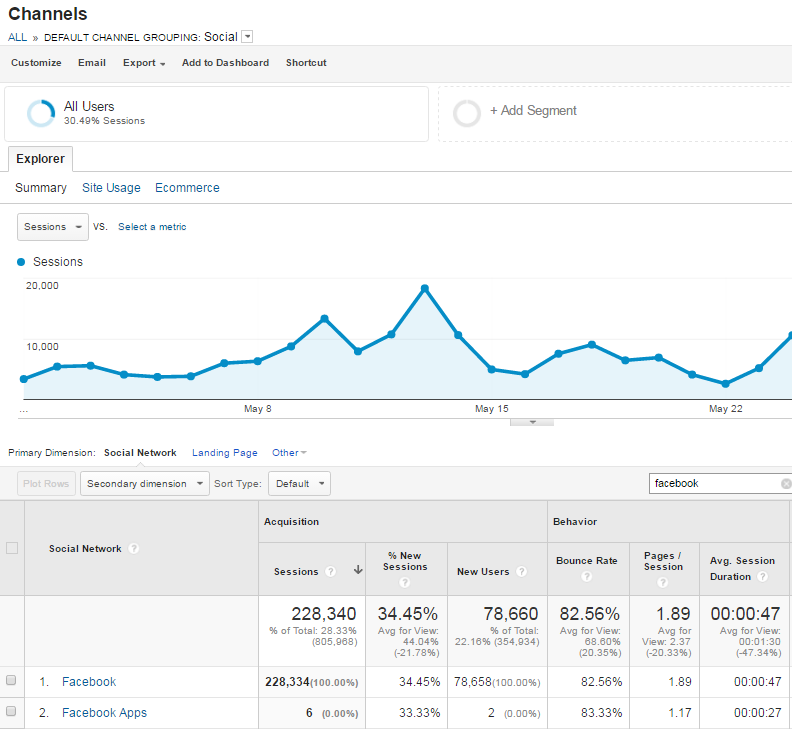 If I add source / medium as a secondary dimension the total number of sessions increases. Why? 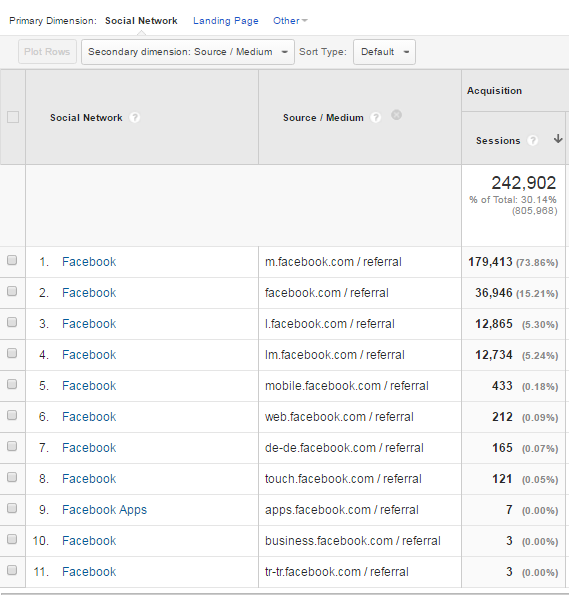 Update: I also found a property where the effect inverts: Upon adding source / medium as asecondary dimensions the total count for sessions drops.

This is actually a well known and very old problem with social network referrals and some fields being undefined. It's largely referred to as 'dark social media traffic'. It's a term that covers other lost forms of social referral but this is one of the core issues.

An example of a contributing factor to 'Dark Social Traffic' is Facebook's referral protection - which uses a redirect to hide which page you've been referred from and therefore mask your/others Facebook accounts. This can cause Google to drop information depending on which broken loop is used to spit the client out. Facebook is a development mess. When you add an extra dimension to the Analytics query - you're asking the database for all records which have both values. If one is missing it can cause records to be dropped from the batch. Many Analytics sections have an 'unset' or 'undefined' aggregation for these. Ones that don't will cause the numbers to change and information to be dropped.

Without Analytics Premium you're working with smaller random samples and having stats extrapolated, you can get some really odd numbers. It fakes consistency by recalling past estimates where possible but overall you are working with something closer to a divining rod than a measuring stick if you're looking for absolute numbers. Try to work in relative terms with Analytics.