I was trying to install this : Click here but this error shows up consistently .No matter what i try. I have tried other version of npm they are installed but the

This happens consistently .Also i am following each step mentioned in source of this project.Image attached.Please help where am i wrong here. The file extension used here ls .I had no experience with these. 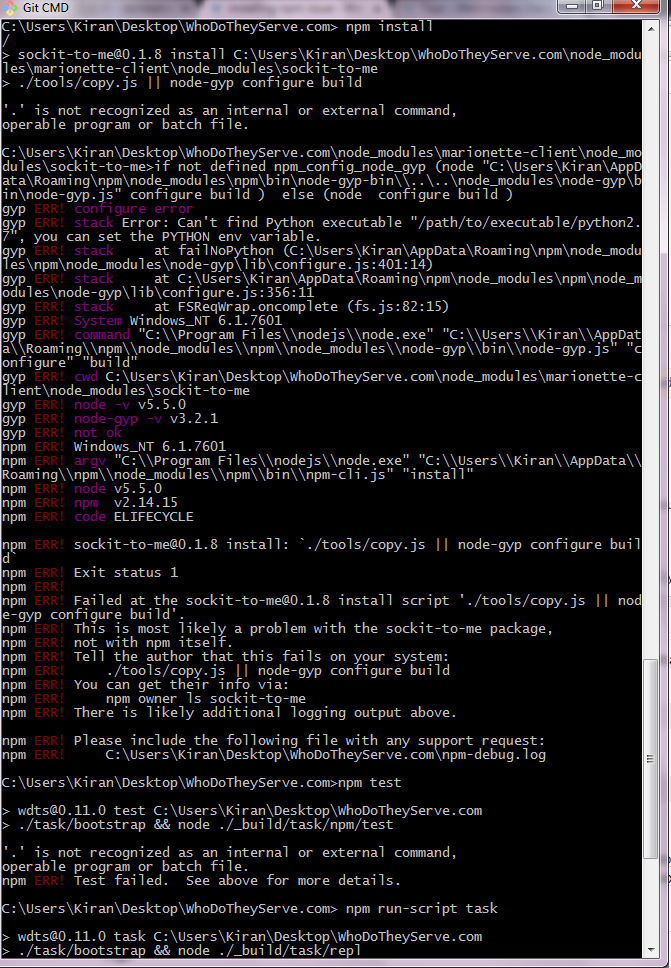 Based on the first line it looks like it was expecting python 2.7 to be available. I think you probably need to install that set the env variable as it states and it should work.

It's running through an alternative process to build which is saying is not nodes issue. That just means its almost definitely not npm in this instance but the project you've downloaded.

As it also points out and the document mentions on github. The project was built on Linux. I think it's just python you need.

Not the answer you're looking for? Browse other questions tagged linux firefox node-js mongodb or ask your own question.

6
Firefox, iframes and redirects
0
Resolving a security issue with my private virtual server
0
Installing ffmpeg-php on Media Temple Server
3
Problem with missing JSON functions on PHP 5.2.6 / Plesk 8.4
0
Installing Google Sitemap Generator on Linux
0
SSL issue and redirects from https to http
2
Why is CakePHP generating unrequested 301 redirects?
0
SSL issue with firefox
2
403 Forbidden error was encountered while trying to use an ErrorDocument