Serving a non-responsive css to ie8 and lower

We are rewritting our website to a responsive design (and maybe RESS in the future). Analytics figures impose us to support some old browsers (ie7 and ie8).

We have found this method:

Or is it better to make a server side detection of the old browsers (small finite list) and simply change the name of the css to include with? (Plus serving the html with Vary: User-Agent to please Google)

If you pick server-side detection...

The advantage to server-side detection is that less code in general will be delivered to the end user which makes the web page load slightly faster. Another advantage is that there won't be any CSS commands that could create undesired effects on incompatible browsers.

The drawback to server-side detection is that you have to write code to detect the browser and make it serve content depending on the browser. Also, you'll have to maintain a list of browsers so that the proper code can be downloaded. Depending on how many browsers you plan to support, this list could be long. I think to date there has got to be at least 50 web browsers created ranging from Arachne for DOS to Internet Explorer 3 for Windows 3.x to Netscape, Firefox, chrome, and the list goes on. On top of that, you have to deal with version numbers since older versions of some browsers are not capable of new technologies.

If you don't pick server-side detection and instead use conditional comments...

The advantage here is the coding time may be less, especially if coding knowledge is limited to CSS and HTML, however, conditional comments that you show (according to a stub on webpagetest.org during a web page test) stop internet explorer from executing further code until the stylesheet inside is loaded, thereby making the perceived loading speed slower.

If you're time-pressed, then lump all the CSS code together then test it with the CSS validator at https://jigsaw.w3.org/css-validator/ and try to get it compatible with the lowest CSS level you can. The lower, the higher chance it will work with more browsers.

Also, try powermapper tools (at trypowermapper.com) to see what issues they can find with your site.

But if you just want an answer...

I'd go server-side just for the sake of your internet explorer clients to prevent any blocking from happening.

This tip randomly appeared when testing my page at webpagetest.org. 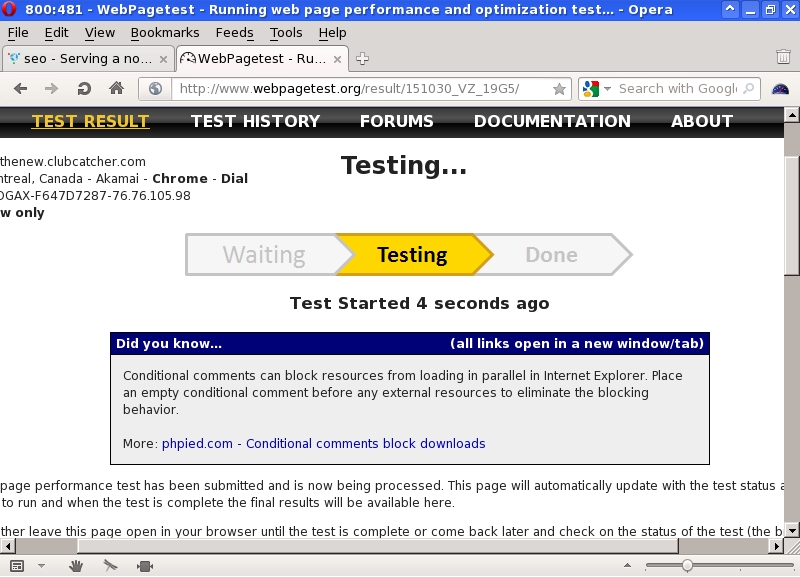 Not the answer you're looking for? Browse other questions tagged seo googlebot responsive-webdesign or ask your own question.

3
Responsive design best practice: Duplicate html elements for media querying and SEO impact?
2
Does responsive Web Design affect SEO?
2
SEO Impact of using Responsive Design and the serving of different content on the same URL
3
Implementing mobile-only (non-responsive) ads into a responsive theme
4
Is it acceptable to repeat the same h1 tag for desktop and mobile browsers in a responsive site?
3
SEO impact of dynamically serving cropped images based on device type
17
SEO - Responsive Website and Duplicated Menus
2
Delivering the optimal image experience to all from website regardless of device
3
SEO for links duplicated and hidden for responsive design
1
SEO impact of changing versions (and names) of external CSS