Someone suggest the optimal spacing between content and the ad

Based on logs, I conclude based on $0 RPM that adsense has an issue with the picture pages on my mobile site, and I think it all comes down to optimal spacing which I think I have not yet nailed. The spacing I'm talking about is highlighted in red braces. 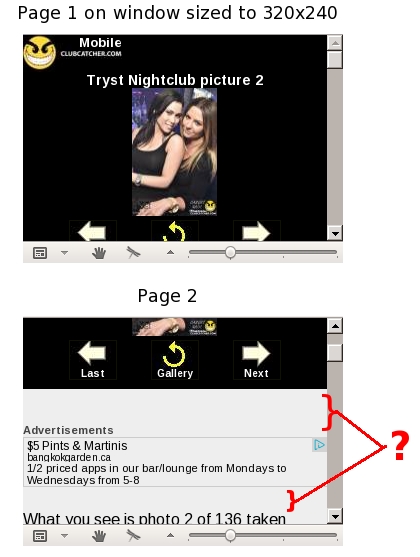 The reason why I display the picture before the content is because that is what most people want from the site. They don't care about reading as much.

I do have the picture generated via an automatically generated IMG tag in javascript which is executed in completion BEFORE the adsense code is initiated, so I feel that shouldn't be a problem, and webpagetest.org confirmed the execution order for me.

Now I think it comes down to ad spacing or some other ridiculous requirement google has.

I did read somewhere that google suggests a minimum spacing of 150 pixels between game controls and ads but I think that is ridiculous for a mobile site, especially when screen sizes can be as small as 320x240px I think. Well at least the screen I'm using is about that small.

I also did configure my viewport correctly, otherwise you would see a sideways scrollbar.

I think my spacing isn't 100% optimal but I'm open to other answers that would help me further.

5
Spacing between an AdSense advertisement and website content
2
adsense RPM is frozen upon advanced screen detection. Why?
1
Legalizing an internal hyperlink with adsense
2
How does an adsense bot determine the “Above the fold” space on mobile and desktop sites?
1
Is it official that I can't have any ad unit above the fold on my mobile site?
1
Large image and ad unit above the fold on mobile site
2
Delivering the optimal image experience to all from website regardless of device