Is there something I'm doing wrong here? Any insight would be really helpful.

Bare with me. I will explain what changes Google has made followed by how Google decides how to make the SERP link and what specifically happened in your case.

Google has been changing the look and feel of the SERPs since March 2014 with the hopes of improving the user experience and click-through rates (CTR). It is believed that changing the SERP look and feel along with the various options Google decided to implement improves search results and benefits the sites that appear in the SERPs. Google has made several changes, but has settled on the ones that appear to be most effective.

Part of the changes include changing the font size of the SERP link. Prior to the change, the SERP link would have be taken directly from the page title tag with a character limit of 55 characters. This would mean that any title greater than 55 characters in length could have an ellipsis (...) added to the end to indicate that the title was truncated. For a period the ellipsis was dropped and then returned.

Now the title length limit is measured in 512 pixels and not characters. Letters that are wider such as G, K, and W significantly reduce the number of characters that appear in the SERP link. Today, the SERP link can be 45 to 50 characters generally, and possibly as long as 55 characters.

When Google sees a long title tag it may choose to use:

Also note that these options apply if the title tag is missing or empty. As well, if a title tag is short, Google will likely chose to brand your SERP link with your domain name with TLD.

In your case, it appears that because your title tag is longer than the prescribed limit (89 characters), Google decided to take the first option in the list using your domain name as a brand name without the TLD.

To avoid this, manage your title tag length and use the Google Webmaster Tools -> Fetch as Google tool to test how a change would appear in the SERPs.

Depending on the search query, Google may decide to display a different title. If your meta title was only recently updated, you might have to wait until Google decides to change it. Have a read of this:

If we've detected that a particular result has one of the above issues with its title, we may try to generate an improved title from anchors, on-page text, or other sources. However, sometimes even pages with well-formulated, concise, descriptive titles will end up with different titles in our search results to better indicate their relevance to the query. There’s a simple reason for this: the title tag as specified by a webmaster is limited to being static, fixed regardless of the query. Once we know the user’s query, we can often find alternative text from a page that better explains why that result is relevant. Using this alternative text as a title helps the user, and it also can help your site. Users are scanning for their query terms or other signs of relevance in the results, and a title that is tailored for the query can increase the chances that they will click through.

Works for me. Perhaps GoogleBot and index needed time to catch up. 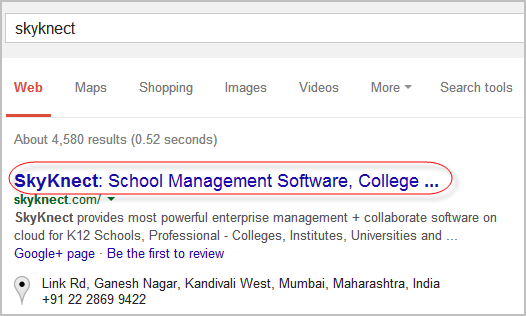 Not the answer you're looking for? Browse other questions tagged seo search-results title or ask your own question.

18
Title tag different from title appearing in Google?
6
Ideal title size for Google Search
4
Keyword stuffing? What is the SEO impact of adding company name to all Title and Description Tags?
5
Why is Google appending "Home" to the title of my page when it appears in the search results?
5
My website title shows up slightly different from what's in my title tag, only in Google search
4
Google excerpt shows only <img> alt, not normal <p> text
2
Even though I have <title> tag, Google show the name of the link instead of the actual title in results
3
Changing page's subject year-to-year
0
what would cause incorect titles to be listed in google?
0
Will I get penalised by Google, if I correct bad titles?
See more linked questions

7
SEO and Changeable-But-Optional URL's
2
Change page title in Google results when the response is a 303 redirect
1
Unexpected Titles & Excerpts in Google Search results
1
How many times can the same keyword appear in a meta description tag without penalty?
1
Meta Title Tags Problems