I've been researching new SEO trends for a few weeks now and I see alot of community buzz about Wikipedia pages effects on Google. For example: When I do a search on Lowe's or Macy's in Google: 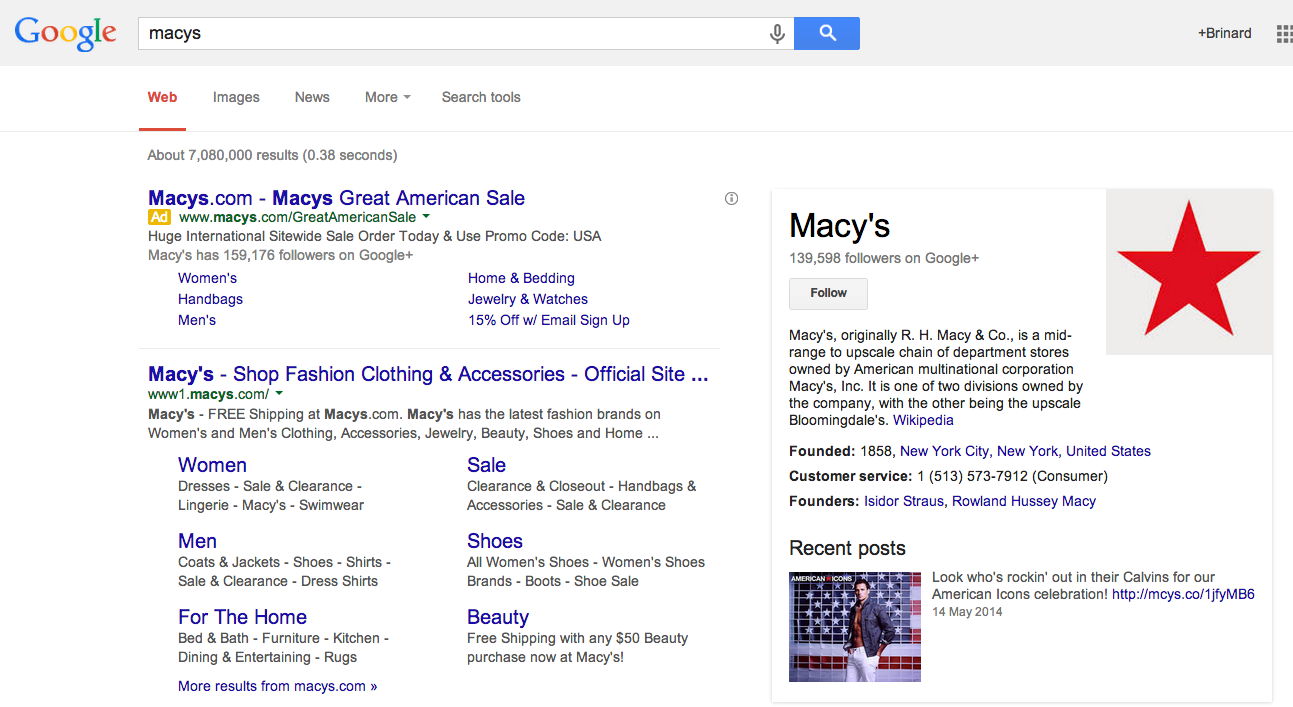 I see that they have their Google+ page linked in their site which is good but the information in the right sidebar is also pulling from their Wikipedia page, such as when they were Founded, CEO's name, etc.

Does having a large, very well-known and established business, possibly a monopoly, qualify for creating a Wikipedia page for it? And if so, following the proper procedures, give it enough credibility to be listed in the right sidebar as in the image above give it a higher SEO ranking?

I know creating a Wikipedia page for personal usage isn't allowed and would most certainly be removed, but I'm curious as to if the method would produce higher results on the SERP and the information laid out as such on the right sidebar?

The stuff in the right sidebar is called Knowledge Graph. In short, Google (and other search engines) are putting focus on "entities" (things: well known people, businesses, landmarks), facts, and relationships between them.

Information shown in Knowledge Graph tends to be a blend of information from Wikipedia, Freebase, Google+ and some structured data (Schema.org, etc.).

You'll notice sometimes that Knowledge Graph attempts to disambiguate the "entity" you're interested in with search options under a "See results about" heading.

So in short, it's not so much about monopoly as being sufficiently notable, but having satisfied that there are various avenues for optimising what appears in your Knowledge Graph result.

Not the answer you're looking for? Browse other questions tagged seo google links wiki knowledge-graph or ask your own question.

4
What contributes to expanded company details being displayed in Google search results?
1
Does the Wikipedia summary next to the URL of a search result come from the Knowledge Graph?

6
How does Wikipedia's SEO work?
1
Value of links on negative review pages
1
Why do some websites not allow "deep linking", and consider linking as a privilege (that requires permission)?
1
Several <a href=“#”>link</a> on one page - Effect on SEO and User Experience?
0
How to create product lists that use h1, h2 and h3 tags without keyword stuffing
2
Should Faceted Navigation be approached, exclusive of SEO? Focusing, solely, on user experience?