How do I check my website on this iPhone web browser when I don't have an iPhone?

Someone has sent me a screenshot of a website I'm coding. I'm not a fan of iPhone so I have no idea which browser it is.

Here is the screenshot, so please let me know which browser is this and how to check my website on it. Is there a simulator on Ubuntu? 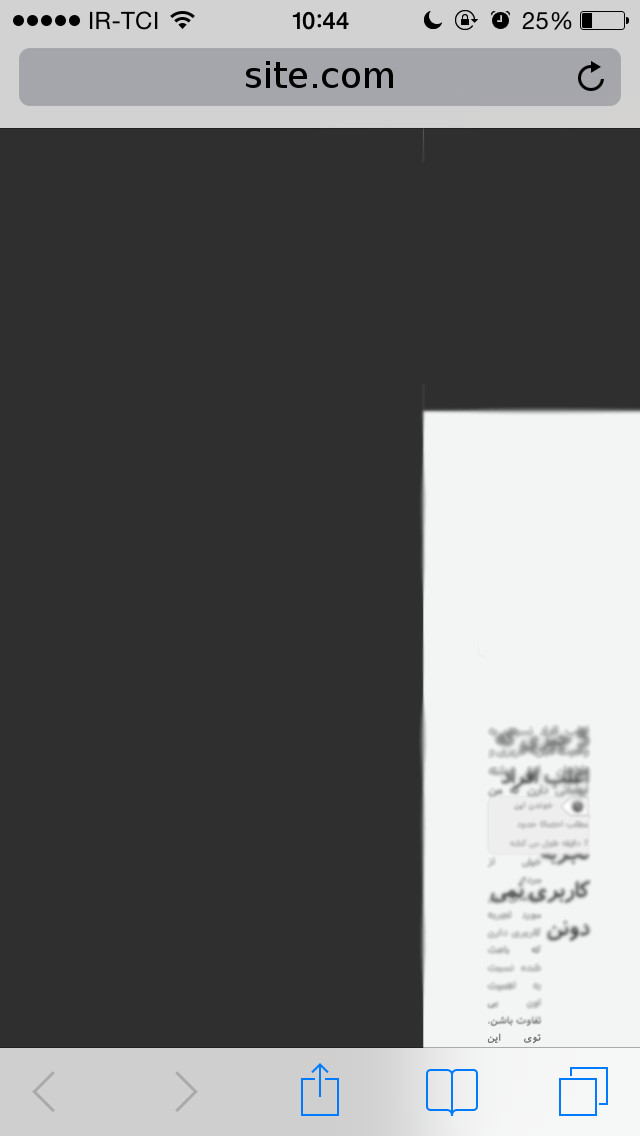 browsers browser-detecting
Share
Improve this question
edited May 11, 2014 at 9:56

That is Safari on an iPhone.

I believe that the only real iOS simulator is the one that comes with Apple's Xcode, the IDE for OS X. However, I doubt that you need something that fully-fledged.

A quick Google search turned up this site which renders sites as if they were on an iPhone (it spoofs the user agent and renders the page with the same dimensions as the phone). This will work fine for just quickly checking out how a site will look.

The iPhone uses the Safari web browser. There are a few ways to do testing from Ubuntu so you don't have to spend money on a new device.

You can install Safari for Windows under Wine on Ubuntu. I used the Play on Linux to install it and run it successfully. While it does allow you to do some browser testing using the correct rendering engine, it is a somewhat old version and renders very differently than the latest version on Apple products in many cases.

To test your website on a variety of platforms you can use web services such as Browser Shots or Cross Browser Testing. The latter is a paid subscription service (to which I subscribe) that allows both screen shots and live sessions on all the popular browsers, platforms, and devices.

I use https://www.browserstack.com Browserstack. It's a pay service, but allows for debugging via the chrome inspector tools for iPhone and Android devices. Additionally you can test on Mac or PC if you don't have one. It's all browser based and live testing, so changes are reflected immediately.

There are 2 helpful sites you should be using. Both options have free options for many purposes, have no required downloads/accounts, and are exceedingly useful.

That is Mobile Safari (not that, AFAIK, all iOS web browsers use the same rendering engine). There is no good way to test it in outside of using an iPhone (or other iOS device).

The nearest you can come is to use the XCode iOS simulator, but even that requires a Mac to run it.

Using another browser resized to the right dimensions won't give you the Mobile Safari rendering engine.

Not the answer you're looking for? Browse other questions tagged browsers browser-detecting or ask your own question.

10
How do you save/export changes made in Firebug?
0
Detecting Browser Types?
14
Browser window size statistics?
1
Universal same-origin policy
3
Progressive JPEG
1
Tor and Google Analytics - how to track?
0
How does Google Analytics record sessions of Safari that emulate Internet Explorer?