The weirdest thing has just occurred. I did a google search and once the page had rendered I could see double f's had been replaced with a strange script font. Even weirder, once I chose to have a look using Firebug, the strange script font appeared there also. Why is this?

I've attached a picture of what I saw. 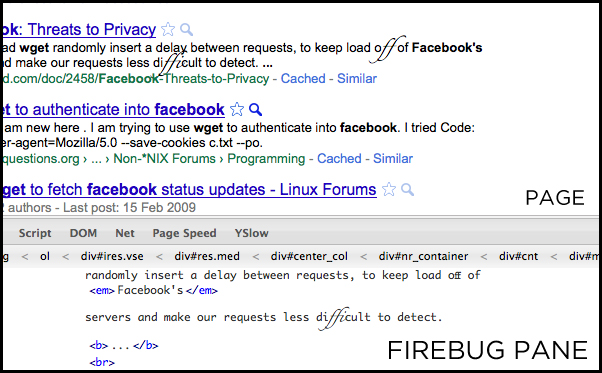 Why your computer is choosing a script font to handle it, I'd check your localization and internationalization settings for your computer.

The font is different here, too. It's not like yours but it's notably different. Seems the problem isn't in your computer.

I think they are updating on this site.. so that's why it turns out like that..like this one http://bit.ly/strang_e

Not the answer you're looking for? Browse other questions tagged google firefox or ask your own question.