Can calling mixpanel.track cause reattribution of conversions in Mixpanel funnels?

I am currently using MixPanel to A/B test which of two different landing page images converts better. At the beginning of each hit to the page, I do

Here illustration_ab contains the name of the image that was shown to the user. Then after gathering data, later on I can go look at the funnels and split by this variable to see which has higher conversion rate.

I just started wondering though, if someone converts but then comes back to the page later and gets assigned another illustration_ab, will that get the user's past conversion reattributed to fall under the different image? 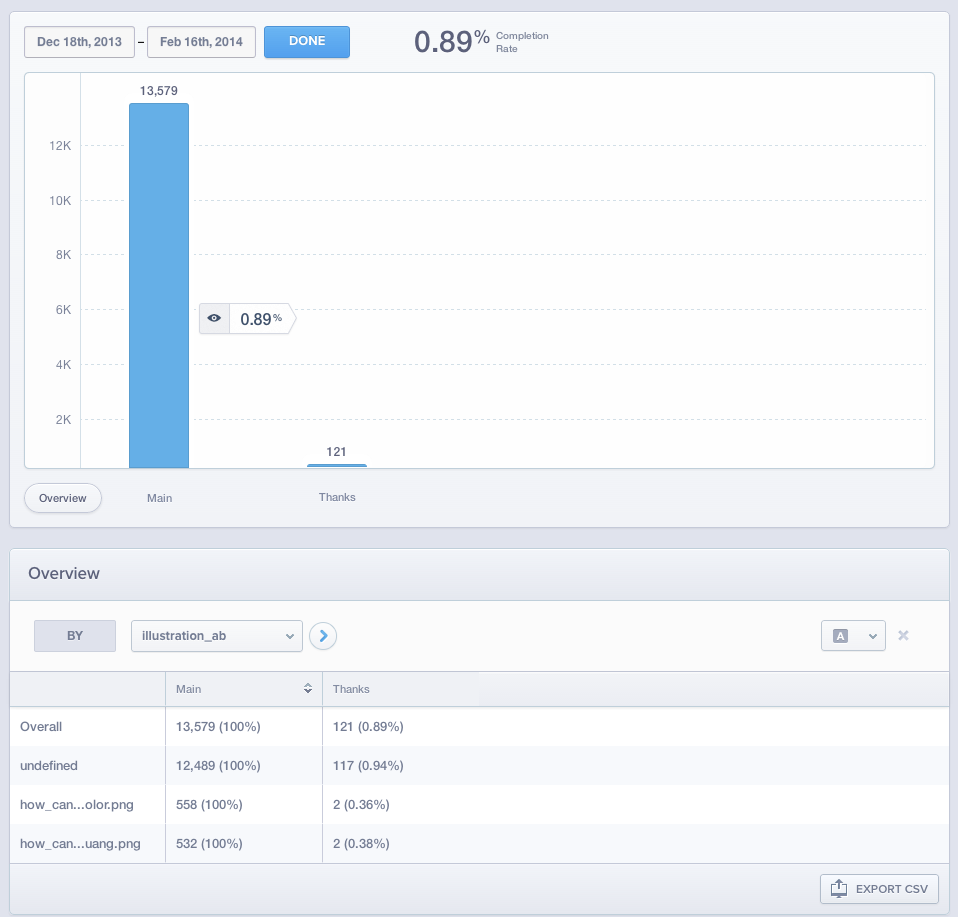 Browse other questions tagged analytics conversions a-b-testing or ask your own question.

2
Monitor offline adwords conversions
3
How to track conversion funnels across multiple domains with Google Analytics, getClicky, and CloudFlare
1
Google Analytics Do Similar Goal Funnels cause problems?
3
Indirect conversions from Adwords
3
How can you determine organic search engine keywords that result in conversions?