Is it possible to check Page Rank of a site without the Google toolbar?

I am just getting started in SEO, and I want to check the Page Rank of one of my sites. All google docs say to use their toolbar to check Page Rank. However I'm using Chromium. I could check with Firefox, but I'm curious if there's a way to check the page rank without using it. I see many sites for checking it, but they all seem a little spammy.

PageRank is a useless metric to chase and I wouldn't bother with it. With that caveat, if you know PHP and have a host that supports it, check out this tutorial: http://bohuco.net/blog/2010/07/google-ranking-checker-class-in-php/

Edit: Here is a PageRank checker for Chrome.

As of November 2014, Google announced that is not going to be updating Pagerank as available from the Google Toolbar.

Any means of checking Pagerank is no longer going to work. The Google toolbar and all third party PR checkers will only show old stale data.

There's a few website based solutions you could try, such as:

There are several web apps that can do this for you, I personally use CubeStat

As far as I know, there is currently no way of doing this via an API, though there are some hacks (and many sites that will report on this for you). Use your favourite search engine to search for "my pagerank" for a long list of sites.

Be aware that raw PageRank doesn't really mean a lot in terms of position in the SERPs; it's more bragging rights than anything. It is only one of may factors that Google uses to determine relevance, authority, trust, etc.

Have a look at this analysis of Google's Reasonable Surfer patent for some of the factors that Google considers for relevance. There are many other tidbits / clues out there for other factors, but going down the garden path of trying to understand Google is a recipe for LOTS of hard work and, ultimately, insanity :)

In many cases, PageRank is just one of the many factors you may consider, while doing SEO (I don't think it's 100% useless, it wouldn't be used otherwise), so I'd go for the tool that shows more page/domain data:

So far, I've been using SEO Quake for web-based checking and website auditor (desktop) for deeper site analysis. I do love SEO Quake's Diagnosis button to get a quick overview: 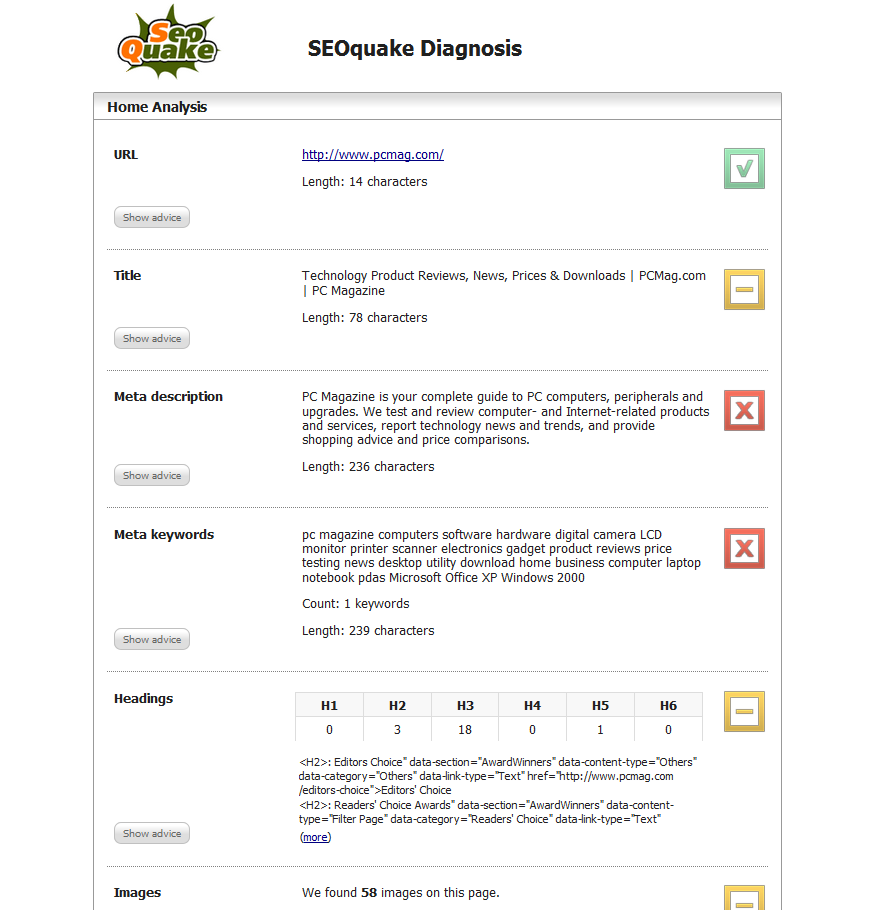 And here's the kind of website auditor's report I usually run: 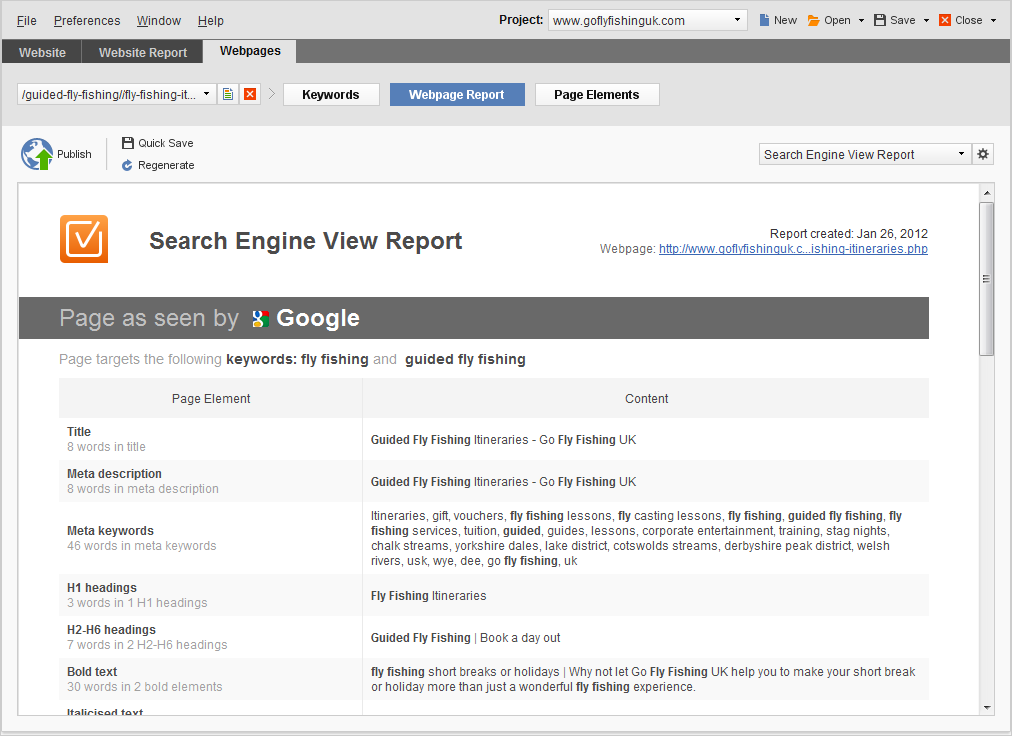 Toolbar Pagerank (which was never Pagerank) is, arguably, the single greatest public relations stunt Google has ever pulled off.

There's some very clever psychology in using a single, reductive statistic to completely misdirect the attention of tens of thousands of webmasters worldwide from what they should be paying attention to. (organic search referrals, pages visited, visit duration, repeat visits etc.)

As of November 2014, even Google has said Toolbar Pagerank will no longer be updated and is henceforth a meaningless metric.

It underlines just how clever Google's early-2000s PR was that even after they announce this publicly, Toolbar Pagerank Fever refuses to subside in some quarters.

I use the PageRank Extension, but there's heaps more under "PageRank" in the extensions library.

As others have said though, it's not a very valid way of judging a site, though I do still have it there out of curiosity.

By Chromium do you mean the Google Chrome Browser?

There are plenty of extensions to Chrome that can show the PageRank, just search for "SEO" in the extension library.

But then again, I agree with everyone that says that PageRank is not that interesting. However most of those add-ons show you more than that, so they could be interesting.

Not the answer you're looking for? Browse other questions tagged google pagerank google-toolbar or ask your own question.

5
Tool or online service to view Google PR of thousand sites from a list?
5
How to check pagerank of all pages of a website?

19
Many Stack Overflow users' pages have no Google PageRank and they are not indexed, why?
1
Other ways to avoid Google PR to flow to some pages of your website?
5
Why is Google not listing my site using its preferred domain?
1
Google search question, front page not showing
0
Why does SEO based code tips not appear to affect ranking?
3
Backlink from page with low pagerank but site has high pagerank - effect from Google?
1
Why is page rank so high for a teacher's personal site
3
How to get Google PageRank (from the toolbar) to increase from 0?
1
What is the best solution to have multiple copies of same website tailored to different cities?