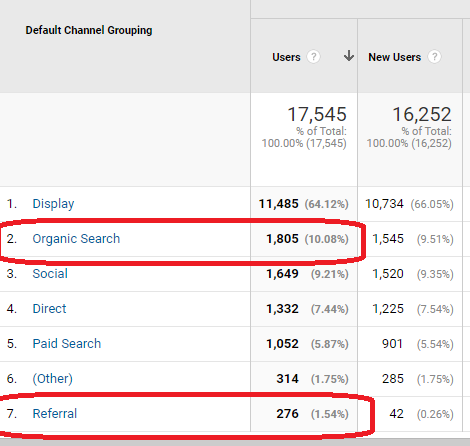 You are comparing a daily running tally of users on the site, with the weekly total in Analytics.

The problem is, if a visitor comes to the site more than once during that week, you'll be counting them each time in the daily tally, and Analytics will only count them once for the week. As "Users" is literally "individual visitors during this period" (although that's based on Analytics best estimation, using devices and accounts, so it's not entirely foolproof).

As an example, let's say there are three people who have visited your site, Person A, Person B, and Person C.

That is what accounts for the discrepancy you're seeing.

A better metric might be to look at sessions. Those are each unique and represent the sum of all visits to the site.

If you'd like to see a breakdown of daily users that does match with the weekly total, you can add "Day of the Month" as a secondary dimension to the weekly report. That will show you the totals with users returning during that period excluded from subsequent days. There are several "day" secondary dimensions, but in your case "day of the month" is going to give the clearest breakdown of data.

2
How do I build a custom report of referral traffic for a set of domains in google analytics?
1
Google Analytics: Source of Direct acquisitions?

// TODO sg: TMP solution until we are confident in our current implementation of async imports // once we are, we can move the if into the js entry file and dynamically load the mark obsolete module