I am working on an online marketplace which has different categories like Jobs, Cars, Real Estate, etc.

This question is about choosing the best title (h1 tag) for the search results page. Most of the marketplace platforms show the search criteria and/or category as the page title:

ebay (searching for the term laptop): 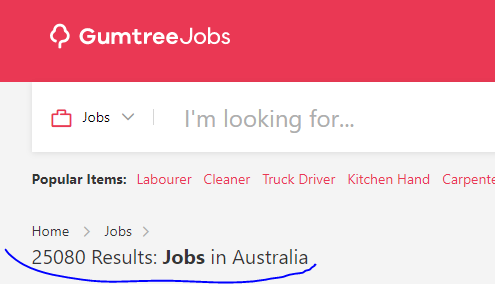 So that's what I have done for my own marketplace: 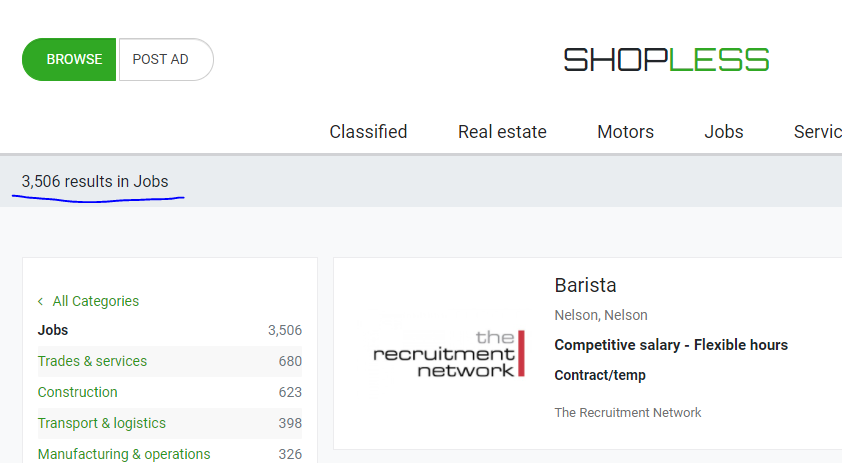 I was speaking with an SEO consultant and he said having dynamic numbers in h1 tag has negative effect on page SEO, because search engines don't see a consistent header. Is this true? Would it be better if I bring the numbers out of h1 and put them in a label tag?

First, to answer your question:

...having dynamic numbers in h1 tag has negative effect on page SEO, because search engines don't see a consistent header.

From like 2001 to ~2008 there was a keyword ranking bonus with <h1> tags. This is because early Google depended on hints. So it was strategic to use exact match keywords in the headings and keep them consistent to hold that ranking. You only wanted a single <h1> to prevent confusion. Nowadays, whether you have 0 or 4, Google will not care because they don't need it to understand the page. A less mature search engine might.

Would it be better if I bring the numbers out of h1 and put them in a label tag?

I would not get too hung up about this. You could make the whole thing a <p>, <span>, or whatever you like and this would not hinder your pages from ranking. Amazon, for example, doesn't even use an <h1> on its search result pages.

It seems excessive to me.

In your case, you have the number of results and words that describe what the results represent. If the number changes, that means that the content changed, but it doesn't change the topical relevance. You simply don't have the same amount of results whatever it is anymore.

In general, search engines are looking to understand meaning. So in your 2nd screenshot the part of the string that matters is "Jobs in Australia". Google will likely just ignore the numbers whether they're in the same tag or separate ones.

What would I do?

You could use something other than an <h1> on your search result pages - it doesn't feel as appropriate as a heading.

What I mean is that I don't think that "34,000 Results for Gold Mens Watches" (for example) is the best use.

Displaying a larger heading that actually looks like a heading separately from the number of search results I would support.

Other Opportunities for <h1>

If you keep track of what users of your marketplace are searching for, we might want to create some static pages to rank for popular searches - those can have an optimized <h1> tag in a way that makes sense. This way users also don't have to search for it anymore...you're adding to your UX now as well.

You can also use an <h1> on your "view all" pages. That would be appropriate too.

Inspecting Element on Amazon After a Search for "iphone"

So it looks like Amazon does use an <h1> but the particular element in question is a <span> inside of it. So I stand corrected there, but I still hold that it does not need to be one. 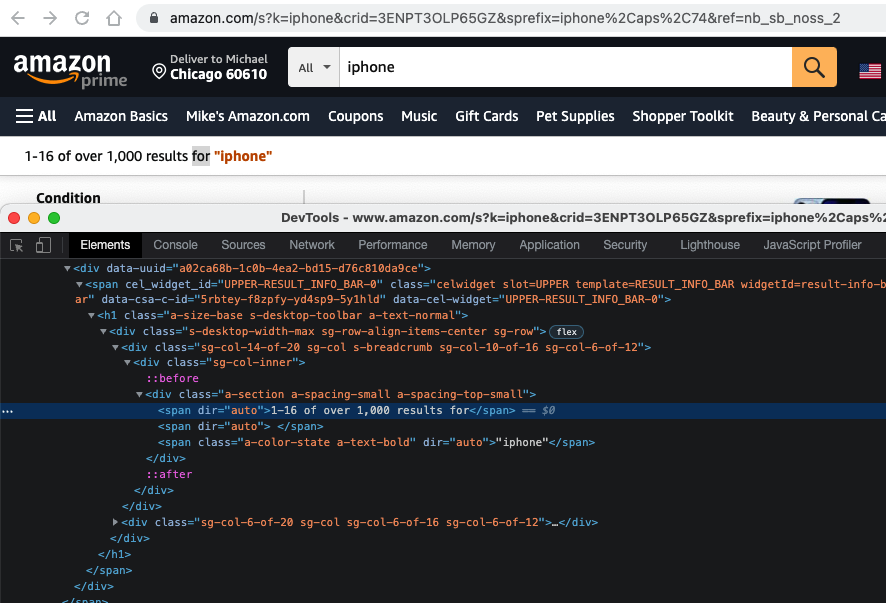 “You can use H1 tags as often as you want on a page. There’s no limit, neither upper or lower bound. Your site is going to rank perfectly fine with no H1 tags or with five H1 tags.”

Not the answer you're looking for? Browse other questions tagged seo ecommerce title amazon ebay or ask your own question.

61
Will having multiple domains improve my seo?
0
Is it good or bad to have dynamic content in page titles and/or description
3
Do one-word synonyms in title tags hurt SEO if they contain word combinations users seek?
1
For a given web page, what is the order of appearance in the HTML code for SEO?
2
Tags/Categories appearing in Google instead of the page for the new article
4
Should the brand name appear in each tag title even if it repeats keywords or dilutes from the targeted keyword phrase?
1
The symbol | on a title of a website and its semantics