Page cannot be crawled by Google at all

If I use the search console, it get errors it cannot be fetched. Same with the mobile testing tool: 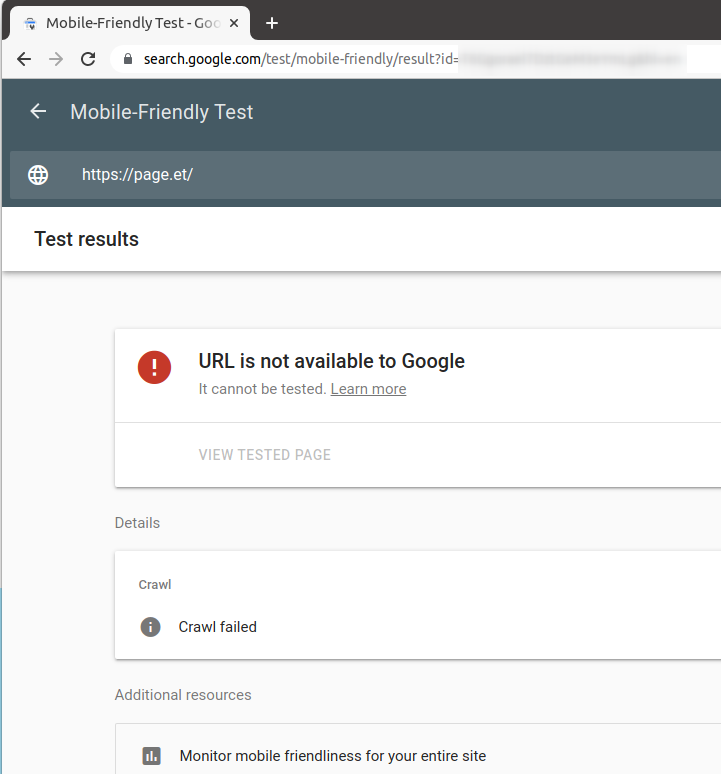 Is Google really blocking all requests to my page and storing this persistently for more then 4 days ? Or is there maybe really a technical reasons it does not access my page?

Are there any additional tools to debug this?

Update: In the search console, it displays this: 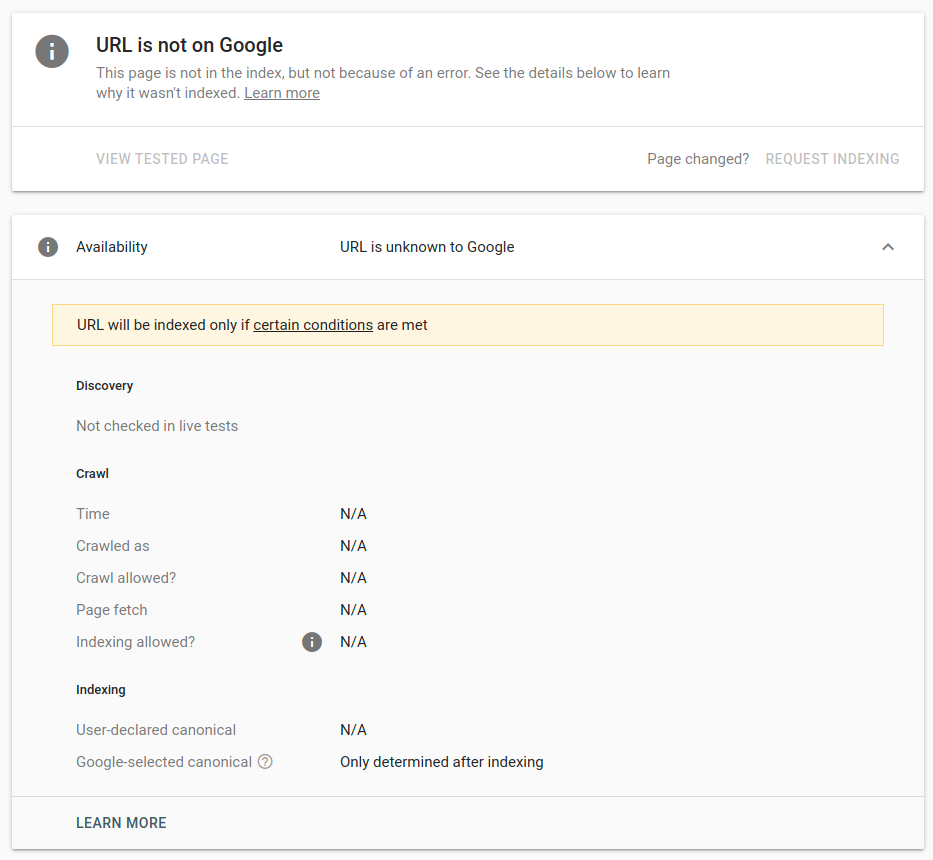 How do I read these reasons?

Edit 2021-11-07 Same result .. I don't think it's just a caching problem by Google :-( I mostly wonder how I can debug this properly. The output by Google search console does not seem helpful :-(

Edit: I am getting some strange errors in Google Pagespeed which I tried to see if Google can access the page at all. Following up eventual server configuration errors here: https://serverfault.com/questions/1082838/pagespeed-cannot-always-access-page-failed-document-request-ssl-certification

The problem is on the side of the .et name servers - they "block" Googlebot.

This Google Support thread reports a problem with indexation with all domains in ".et" zone

okay. Let's be technical. It's really good that you've checked the access log for google accessing your robots. That's important. Our first aim would be to force google to index robots. But before we do it, make sure you actually Allow that page in your robots. Just to override any conflicts there.

Now see this? https://developers.google.com/search/docs/advanced/robots/submit-updated-robots-txt I know, I know, it's trivial, but no, scroll down where it says If you need to update the cache faster, use the Submit function of the robots.txt Tester. Use it!

Okay, now our real problem may be not in robots.txt. So that was attempt 1. Let's go to attempt 2.

Do the dofollow meta set up the first comment from Mike suggests. Now take the page G doesn't wanna crawl and add some random query param to it. Like page.et/blah-blah/?foo=bar&someparam=something and try submitting it. Your backend will ignore a random query param and serve the same page. From G's perspective, however, it would be a different page. Now I hope G eats it. We're debugging it now.

Now if G eats it, we're one step closer to resolving the issue. Well, even on it's own, it can resolve it, but still, try using... uh... try making sure that on this ?someparam version of the page the canonical is set to the original page with no ?someparam. That would be an interesting way to solve it.

Also, keep monitoring the hits to all three urls from google. They give a lot of insight into G's behavior.

You can... force G to your page by redirecting it from your ?someparam page, hehe. That would be funny to watch, but don't force it yet. It's interesting to see if more civilized ways work.

When testing with Google Lighthouse, I receive a network error: `

Additionally, under the Lighthouse Issues tab there's the message:

I'm thinking you have a Wordpress plugin or piece of code relating to your map that is causing your problem. It's either being actively blocked or the file is missing. I tried accessing the file above and received a 404 error from Firefox.

I would disable any plugins and retest. Also, do you have a firewall or security plugin that could be blocking Google?

Not the answer you're looking for? Browse other questions tagged google-search-console wordpress search-engine-indexing or ask your own question.