Site de-indexed by Bing, then block removed by the Bing team but rankings not returning

Last month Bing de-indexed my site (www.generatormix.com) – after a review by the Bing team the block was removed (they didn't specify why it got de-indexed in the first place but it must have been a "false positive" in the algorithm somewhere.)

Since the block was lifted on my site on the 22nd of April there seems to be no improvement at all in my site presence in bing despite being advised by a Bing rep that it would take 2-3 weeks to recover from the block. 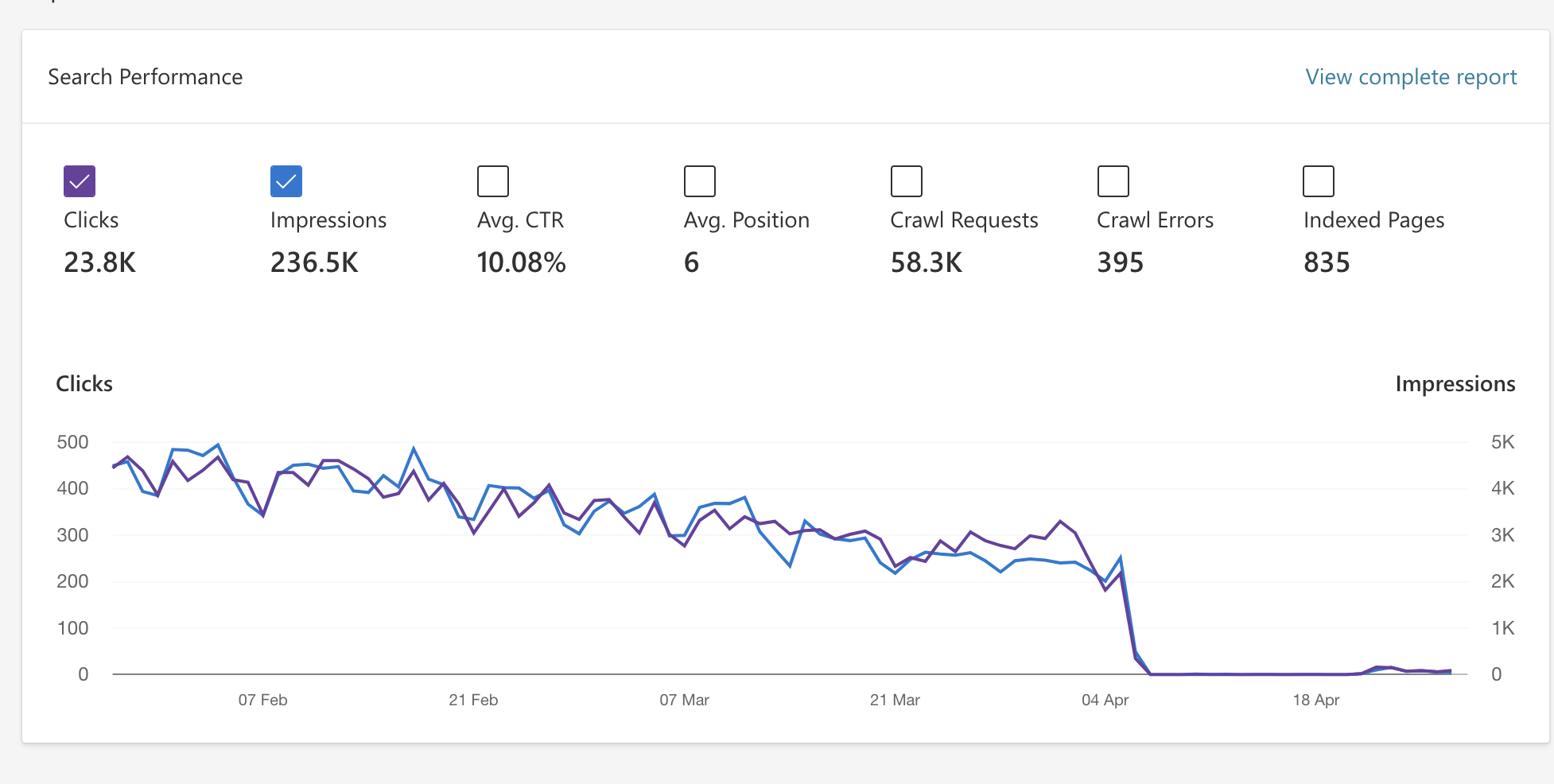 On April 22nd it seemed to be coming back with 99 impressions on that day:

Then the impressions went back to almost nothing and stayed that way. On May 4th for example it was 9 impressions:

There is only one phrase I can see my site ranking for "random movie generator" (no quotes) (pos 2) it doesn't rank for any other significant phrases that it used to as of May 16th. Even if you type exactly "generatormix.com" into Bing (without quotes) my site doesn't appear; just recommendations for competitors to use instead.

Is it suddenly going to come back like it used to before the block at some point in the near future, because one would think it would be coming back gradually over the course of 2-3 weeks and it has been longer than that now?

Has anyone on here has an experience similar to this and if so, what do I do now? The person from Bing was very nice and helpful but it appears they have determined the issue is resolved and haven't replied to my last email.

Browse other questions tagged seo search-engine-indexing bing bing-webmaster-tools or ask your own question.

1
Why has bing crawled only 1 page of my site after three weeks?
2
Googlebot keeps returning to crawl my page then the rankings fluctuate
3
Lasting discrepancy between the site command and indexed pages in Google Webmaster
1
Could a permanent redirect away from the root URL to /home cause the site not to be indexed?
1
Using `noindex` for recently purchased domain we are migrating to
1
NextJS site hosted on Heroku not indexed by Bing after 2 months
1
Does Bing penalised sites for too many H1 Tags?