I have a weird issue with Google Analytics, sessions show up as direct first and only later the real source is shown (organic/referral).

I know that it's a possible scenario that a user visits the website directly first, and later gets back to it from a different source, but this isn't the case here. The landing page is an inside page that users are much more likely to find through a long-tail search and not type in directly.

Attaching one user for example, it happens very frequently. 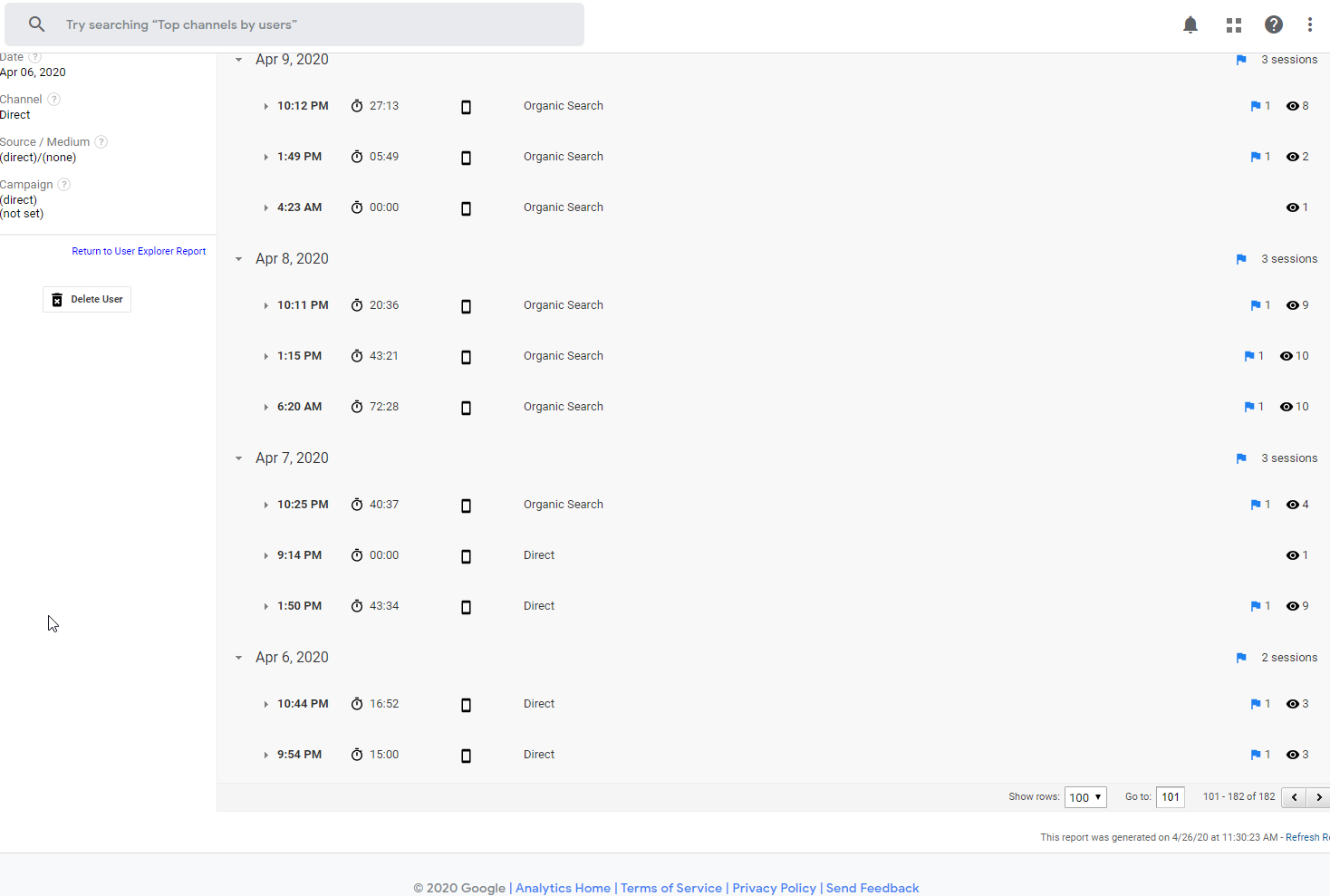 An example to why I'm sure it's a bug and not real direct users: 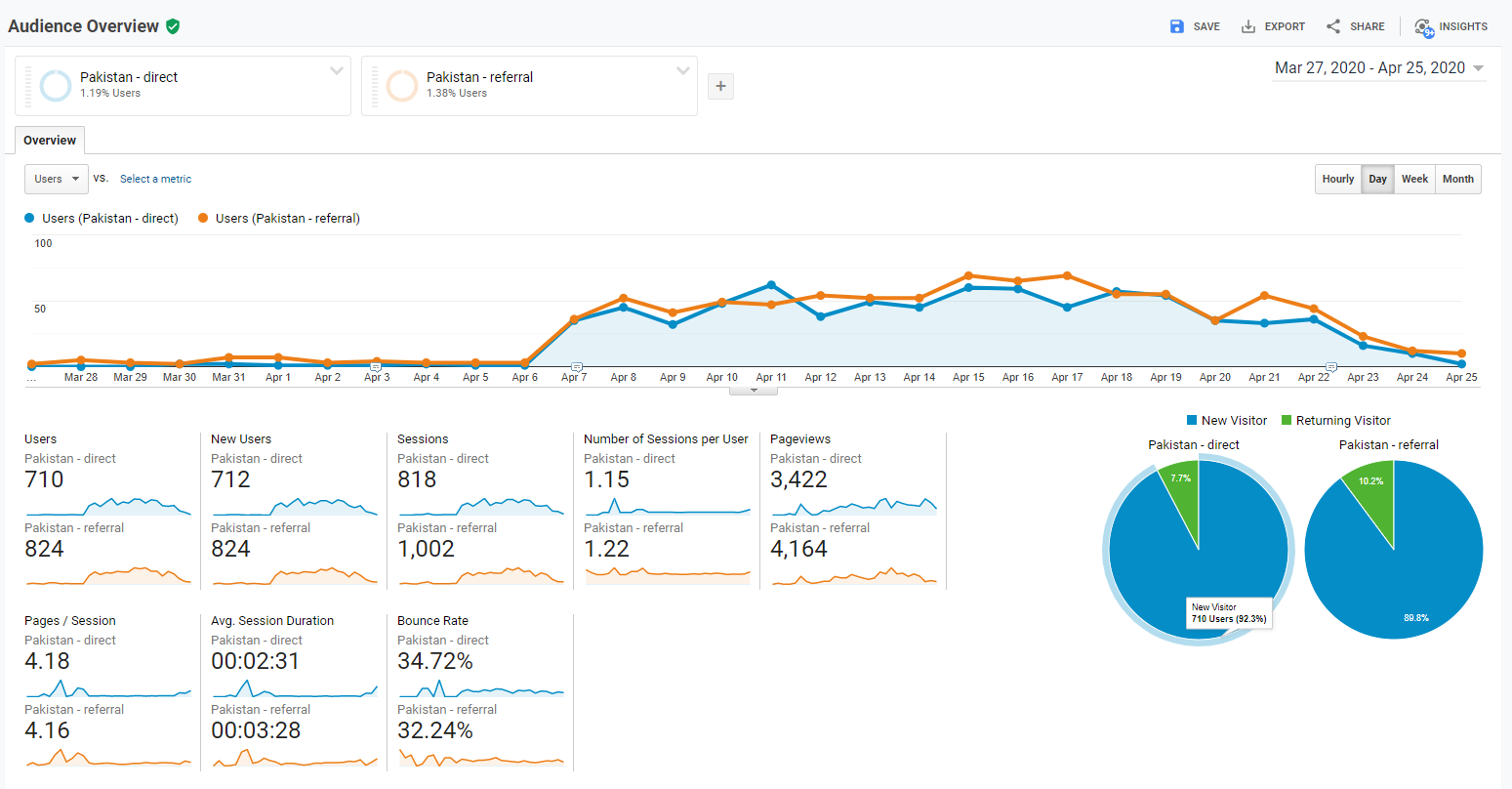 Redirects or rel='noreferrer' might cause the traffic to show as direct, but it won't explain why the real referrer shows up later.

This can happen if you are receiving traffic from a site which has incorrectly linked to your site. An example of such an incorrect linking could be to use http instead of https (and you have the redirect in place).

What will happen is the traffic will go to the http link, get redirected to https and then be misinterpreted by GA as direct. Seer Interactive has a very good article on this phenomenon.

I would suggest take a look at the Pakistani website and see if they can correctly link to your website.