I have hosting on hostinguk but I have setup a subdomain I have given it an A record for the domain which is https://api.roundtableweb.co.uk:444 But I am still getting a 404 not found I have setup the correct bindings in iis as follows. 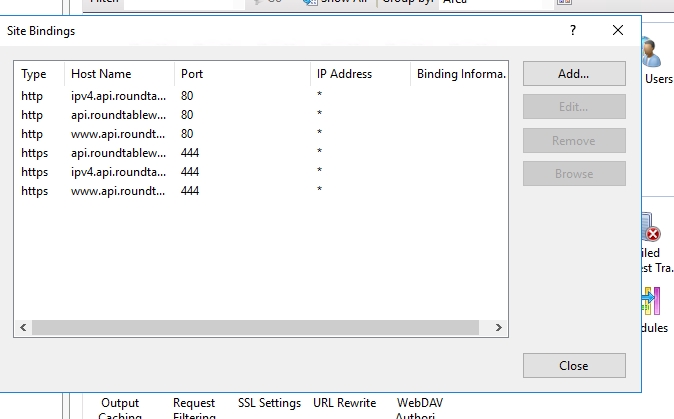 I have also setup a record for my DNS.

But when I attempt to view the site, I still get a 404 not found the code works as have tested it and also just had a small html file as a test and that does not render either. 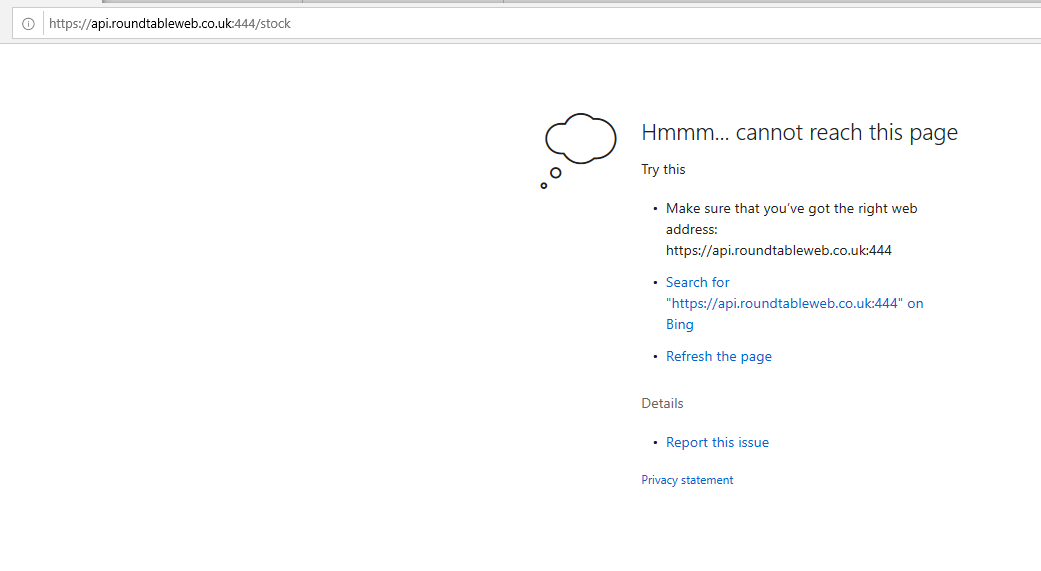 Browse other questions tagged domains dns plesk or ask your own question.

2
Access a PLESK website before propagation?
4
DNS configuration to force root domain to www
3
use subdomain on different host
3
(Blogger) Map GoDaddy Domain For Blogger Custom Domain
2
Domain Name Not resolving with webhost nameservers and without www
0
Set DNS subdomain manually
2
Wildcard domain like *.example.com in Plesk?
1
Set up a domain on a new server, but the I get a “server DNS address could not be found.” Error