I want to segment an event label together with its bounce rate. I create a segment condition regular expression with two conditionals: one for the event label and the other for the bounce. For this last one, I search the dimesion Bounces, but I don´t know what value to put in. Any idea?

google-analytics analytics-events
share | improve this question | |
asked May 6 '19 at 9:47

This is a difficult segment to get at; you will have to kind of circle around it, and may or may not get the exact numbers you are hoping for.

Bounces are not what you are looking for - a bounced session is a session consisting of only one hit, and if your session includes a pageview and an event (as I assume it does) it will never be a bounce. In addition, the dimension Bounces (as opposed to the metric Bounce Rate) is a User-level dimension, so you will get all sessions from users who had the number of bounced sessions you specify for Bounces. 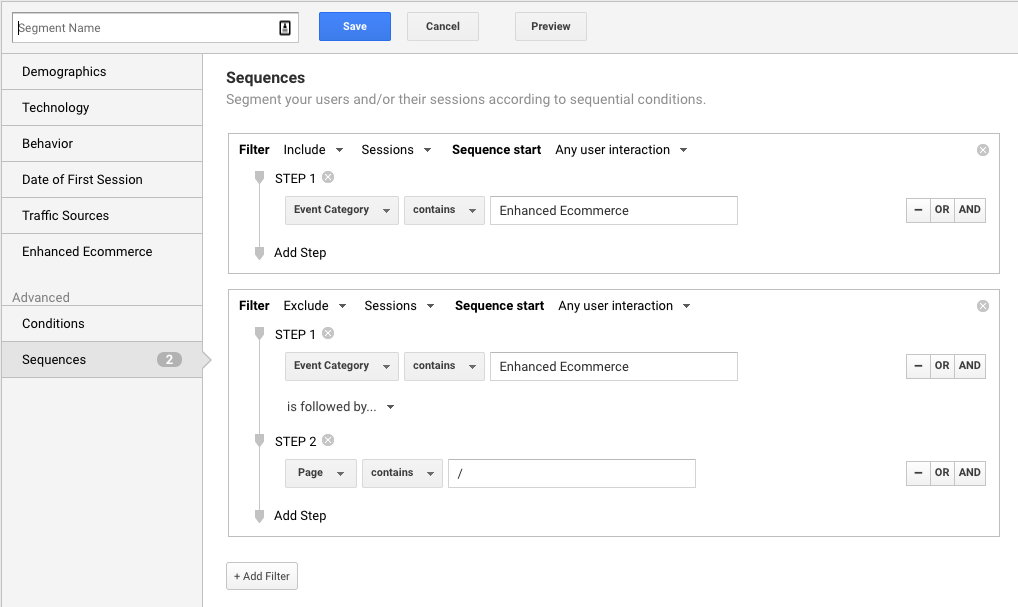 I don't know a way to allow any number of repetitions of the event but then also require one of them be the final hit of the session. You could make additional segments catching additional fixed numbers of event hits, but that will not get you the general number.

Not the answer you're looking for? Browse other questions tagged google-analytics analytics-events or ask your own question.