I am asking for help with the following problem:

I own a website in Google Search Console (as pe.kmec@gmail.com, along with another owner):

Then, I switched to the pe.kmec@gmail.com account and added kopexsro as another owner (i.e. delegated ownership): 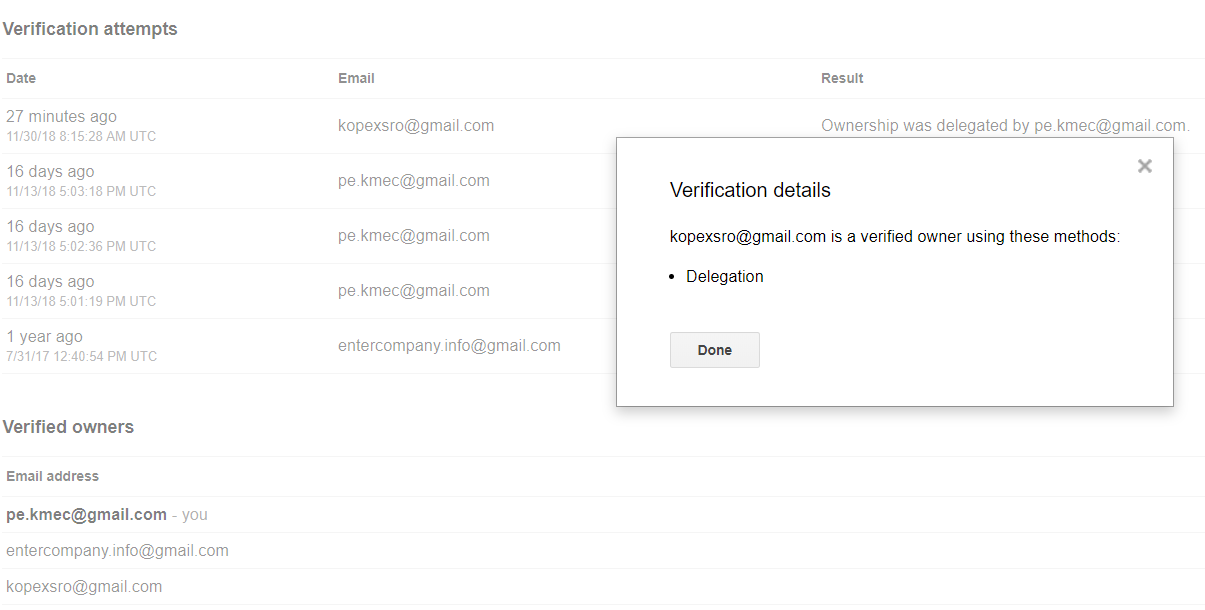 However I still see no traffic under kopexsro.

Could it be because kopexsro was originally added independently of other owners?

And when I delegated the ownership to kopexsro could it be that the "delegated" kopexsro somehow is not recognized as the "original" kopexsro?

Your screenshots show different sites. Some include www, and some don't. The difference of www means a different site, and different performance data.

Not the answer you're looking for? Browse other questions tagged google-search-console ownership or ask your own question.

1
Transfer Search Console Ownership from one google account to another