I'm new to the concept of compressing and gzip.

So while I was trying to use chrome to test if enabling gzip on my host was a success I found something interesting.

According to chrome, in the following image it appears that compression versions of the received files often requires the same amount of time and sometimes take more time to load than the uncompressed ones. 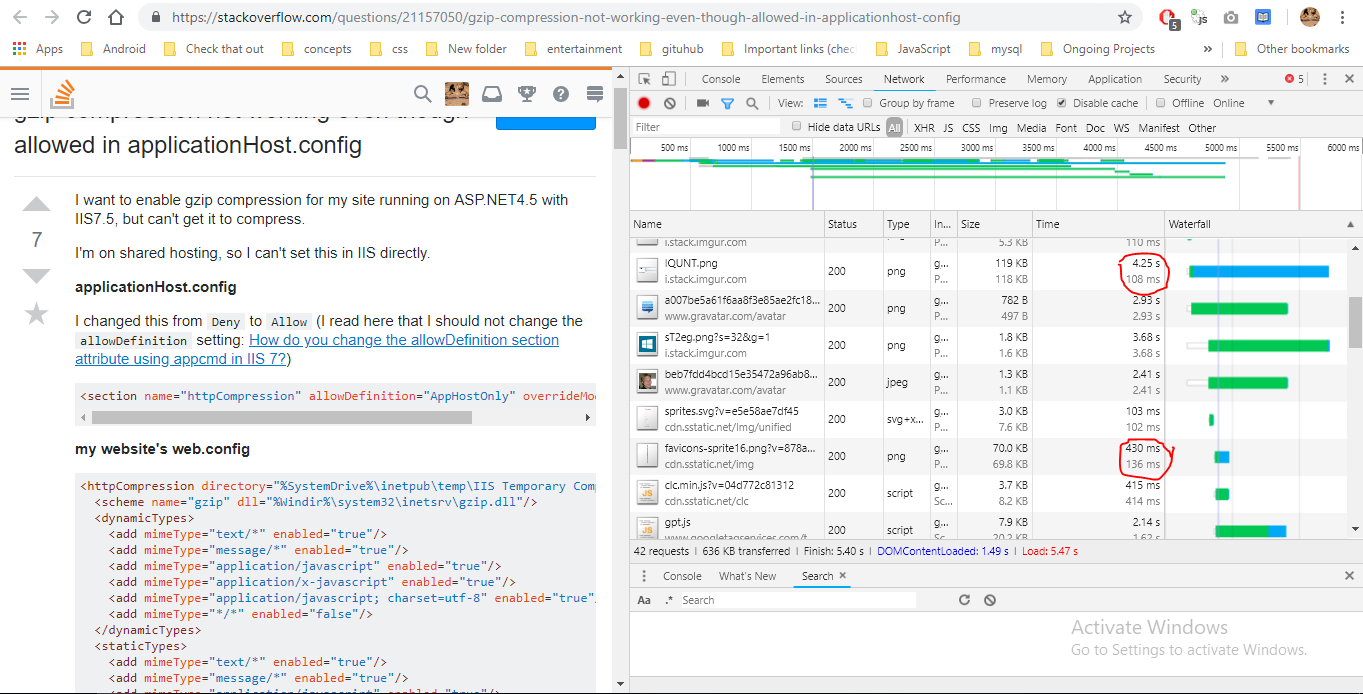 Is that behavior expected? What is the explanation of that

Edit: the circled portions represent instances where the time required for the compressed was significantly longer that the compressed.

You are not reading the Chrome results correctly. This page says

So while the size row does show gzip vs non-gzip size, the time row has nothing to do with gzip. The two times it shows are round trip time and latency.

It makes sense that the times shown would not be a gzipped time and a non-gzipped time. To be able to time those separately, it would have to make two requests and download them twice in different ways. Doing so would mess up the stats because it would be downloading more than twice as much and everything would take longer and be larger.

Not the answer you're looking for? Browse other questions tagged compression gzip or ask your own question.