On the 15th of February I decided to translate two pages of one site to 5 languages: - Russian - Korean - Chinese Simplified - Spanish

Now I get what appears to me to be contradictory results.

es language suddenly went down to nearly null, but es-es went up quite a lot. (And the rest of spanish speaking countries kept almost he same or went up, such as es-mx, es-ar, es-us, es-419, es-cl etc)

How can we explain this? Isn't es the total combination of all spanish languages from different countries?

Big drown down on es: 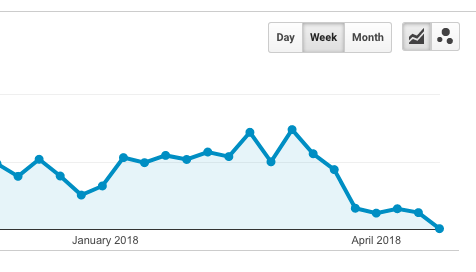 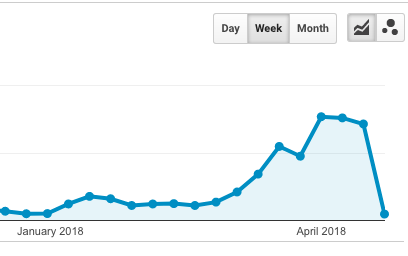 I'm experimenting exactly the same with Russian ru which went down quite a lot while ru-ru went up like crazy.

The site uses es, ru, ko, en, zh-Hans in the following lang tag depending on which language version of the site is:

I'm also using 5 rel="alternate" in all 5 versions of the site. Each pointing to the alternate language.

Interesting also that I saw the same exact decrement in visits in some other languages for which I have no translation, such as de or fr, while I saw the same increase in de-de and fr-fr.

But it is not something happening in all other languages, for example, ja (japanese) stays the same, even tho I have no translation for it either.

Here's the graphic for the de and de-de languages. Remember, my site is NOT translated to german, and Germany is practically only spoken in Germany:

And here are the ones for Italian, also not very spoken outside Italy:

it goes down almost disappearing:

it-it goes up quite a lot:

And here's the plot of both rows at the same time for de and de-de:

Here's another interesting graph regarding korean (only spoken in North and South Korea), where suddenly, all Korean browsers start reporting the country bit? Makes me wonder... could all this be due to a new versions of lets say, Chrome browser? That starts reporting things that didn't before?

Anyone with any Google Analytics account can verify they are having the same results as me?

Isn't es the total combination of all spanish languages from different countries?

No. Google Analytics is reporting the exact browser language settings of each visitor. So for any given Spanish-language page, you will most likely see a mix of reported browser languages, e.g. es, es-ES, es-US.

Because there's no y-axis visible on your screenshots, it's hard to say exactly what's happening. But based on my experience, it's this:

Not the answer you're looking for? Browse other questions tagged seo google-analytics local-seo internationalization localization or ask your own question.

7
Multi language site - use of canonical link and link rel="alternate"
0
Cross-domain linking for a multi-nation, multi-language site?
22
Self-referential hreflang attributes for single language website?
3
alternate vs. canoncial, which has preference?
2
SEO question about multilingual site
4
What is the difference between HTML lang attribute and LINK hreflink attribute?
3
How to treat special bilingual dual view pages for SEO?
0
Use of rel="alternate" on multilingual site