Why is Coffeyville, Kansas sending large amounts of traffic in Google Analytics?

I work for a UK-based digital-focused company.

We have a few thousand US-based users but it is by no means our primary region.

However, an excessively large amount of US traffic is supposedly coming from Coffeyville, Kansas - so much so that it is showing as the city with the most sessions worldwide.

Is there a specific reason that Coffeyville Kansas is over-represented? A cursory search suggests that Google has some history with Coffeyville (apparently it was once the default position on Google Maps API)

Is this a consequence of Google incorrectly ascertaining US users' city? Or is something more sinister at play (e.g. false referrals/spam)?

It turns out the 'Coffeyville' traffic is almost entirely referred from a content network/partner which drives primarily US traffic to our site. Consequently, the traffic has almost entirely occurred since June 2017, since the partnership began.

I've brought up the issue with the aforementioned partner and will update if they have any further information.

I do not yet have access to IP server logs, but will look into this if the partner can't shed light on the issue.

It appears that you are a victim of what has been called "The Kansas Problem."

According to the U.S. Geological Survey, the geographical center of the conterminous United States is: 39°50'N 98°35'W, which is northwest of Lebanon, Kansas.

As a result, whenever a geolocation service searches for "United States," it essentially drops a pinpoint at predefined coordinates that is considers to be the center of the contiguous United States (somewhere in Kansas) and zooms out to show the full map.

As you pointed out in your question, the default zoom position for early Google Maps and Google Maps API was what Google defined as the center of the United States, 37.0625, -95.677068, which is located in Coffeyville, Kansas.

Is the abundance of traffic coming from Coffeyville, Kansas, a consequence of Google incorrectly ascertaining US users' city?

Analytics provides a number of geographical dimensions, such as City, Country, Continent, etc. The values for these dimensions are automatically derived from the IP address of the hit...

Google also explains what happens if a location cannot accurately be determined:

In other words, Google sends the IP address of the traffic source to a third-party datasource to determine location.

Therefore, if Coffeyville, Kansas, is an incorrect location for your traffic sources, it appears that this would be the fault of one of the third-party datasources that Google uses, rather than Google itself.

Google does not provide which IP address geolocation database/service they use, but it appears that some of the most popular databases include:

More than 5,000 businesses worldwide use GeoIP2 Intelligence, including the majority of the top 50 web properties (as ranked by Alexa - July 2017).

This means that Google could very well be partnered (at least in part) with MaxMind and/or Neustar for Google Analytics IP address geolocation data.

MaxMind has had issues in the past regarding their default coordinates they had set up for the geographic center of the United States, which used to be 38.0000, -97.0000.

This is located in Potwin, Kansas (only about 100 miles away from Coffeyville, Kansas), and this location was pointed to when an unknown location inside the U.S. presented itself. 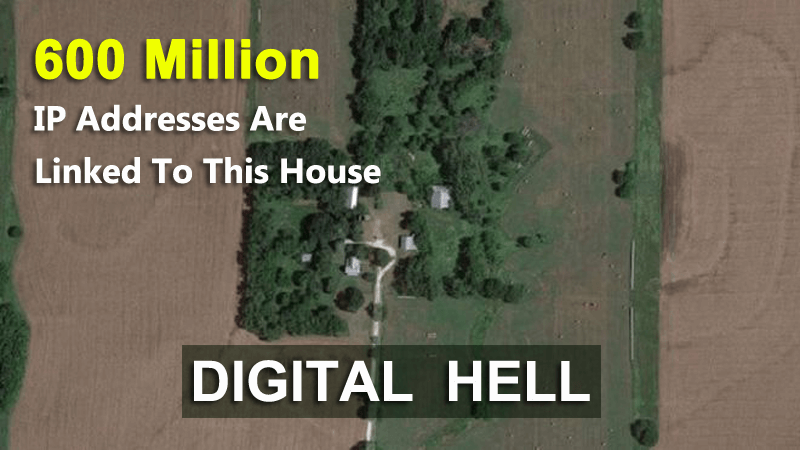 According to an article on Splinter, on April 12, 2016, MaxMind has changed this location, after being sued by angry property owners, to the middle of Cheney Reservoir, Kansas. This is located slightly further: about 130 miles away from Coffeyville, Kansas.

I believe that, based on the above evidence, one of Google's third-party IP address geolocation datasources is not accurately detecting the specific location of certain IP addresses, while still determining that the IP address is within the United States.

Instead of responding with a 'not found' response, the source is relaying an improper result denoting the 'center coordinates' of the United States (Coffeyville, Kansas) to Google Analytics.

Take a look at your server logs and see if you can find an IP address (or small range) that are sending a lot of hits your way. Try looking up the IPs in an online tool like ip-lookup.net which will give you a location and a domain or ISP the IP is associated with.

In your server logs the lines with those IPs should have a user-agent string (browser name). That may give you a clue what's happening, if for example it says "Googlebot". If not then try searching the IPs in Google itself to see if they belong to a well-known company.