In Google Analytics, while visualizing the goal funnel - what is the no. that is under the header "Avg for view"?

Basically, the 829 sessions as shown here are all the hits that occurred on the goal destination URL and not only from the funnel. (As per 1st point from LunaMetrics article as well)

When I divide this no. from the pageviews of my first required step in funnel, I get this "funnel conversion rate" no. (which definitely seems to be odd).

After you have set up your goal and funnel, and your profile has had some time to collect data, the Funnel Visualization report will display perhaps the single most definitive funnel performance metric in Google Analytics: the Funnel Conversion Rate. If, during funnel setup, you made Step 1 of the funnel required as recommended above, the Funnel Conversion Rate indicates the percentage of visits that included at least one pageview of the first step before at least one pageview of the goal page.

In addition to the overall Funnel Conversion Rate, you can use the report to assess step-to-step drop-off. 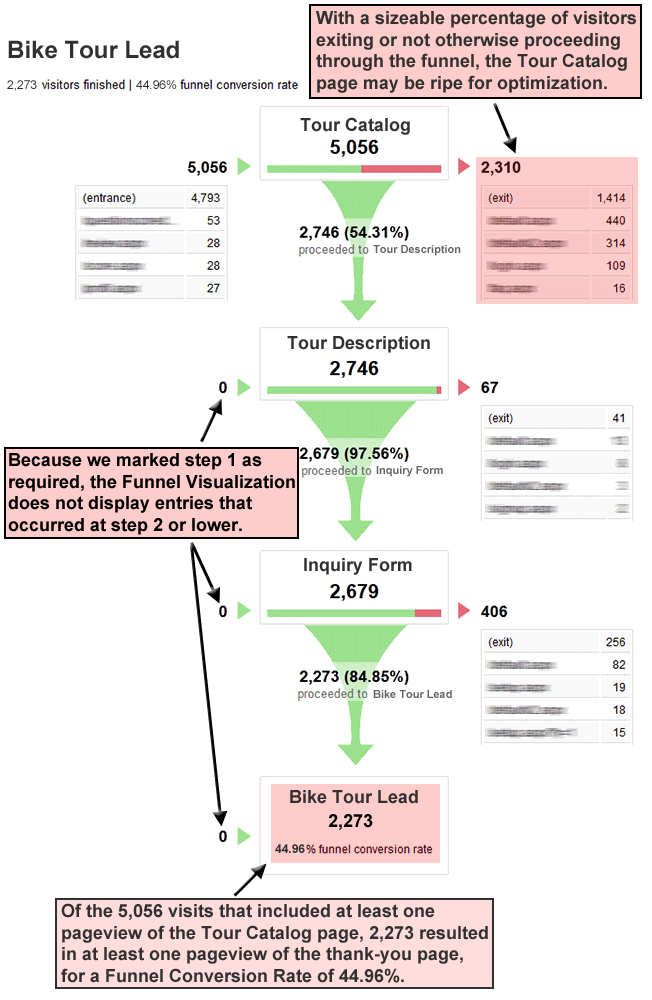 These multiple explanations are a little confusing and I couldn't seem to find answer in Google Support Docs as well.

The Goal Conversion rate is from the first page they landed on.

The Funnel Conversion rate is from where they entered the funnel that you set up. That's why the 2 figures are different.