When trying to open Jquery after installing it on Chrome, I get this error: 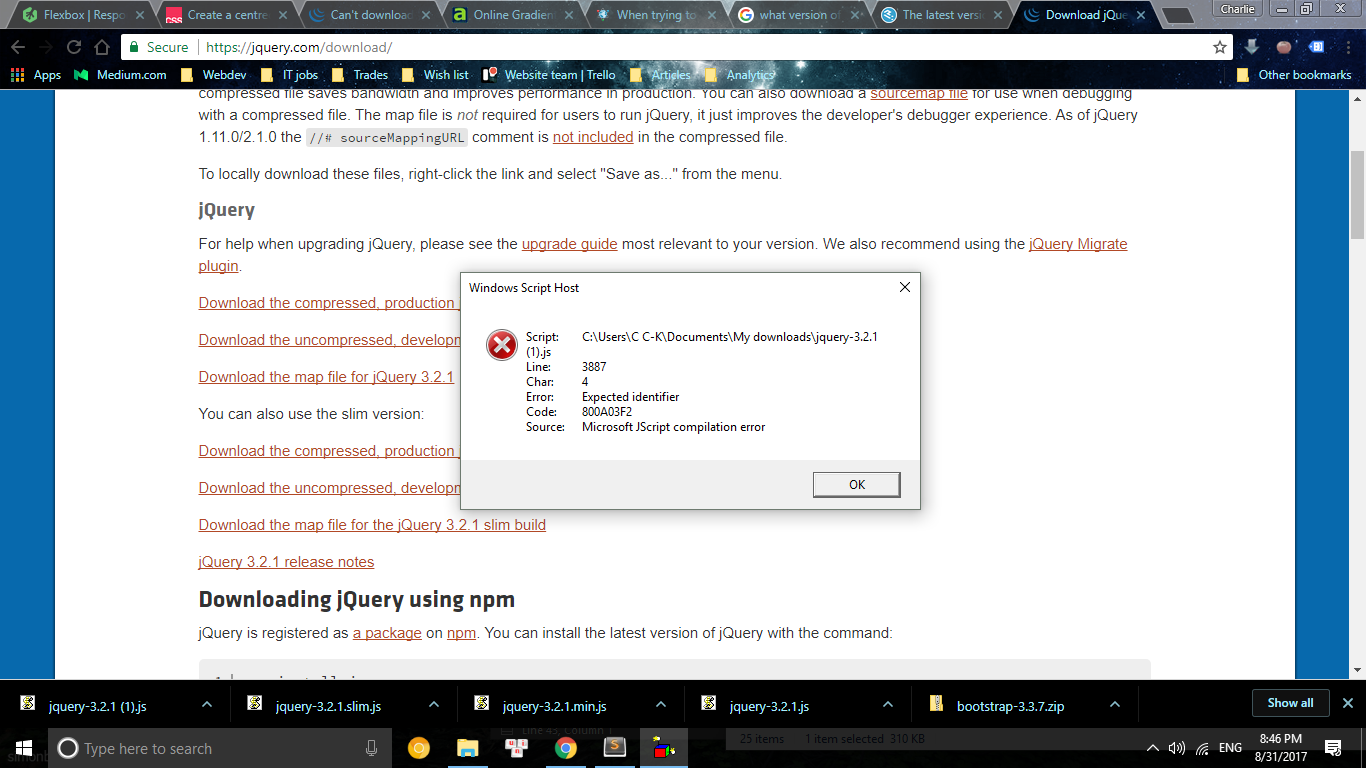 And when I download it on Firefox, I get this error: 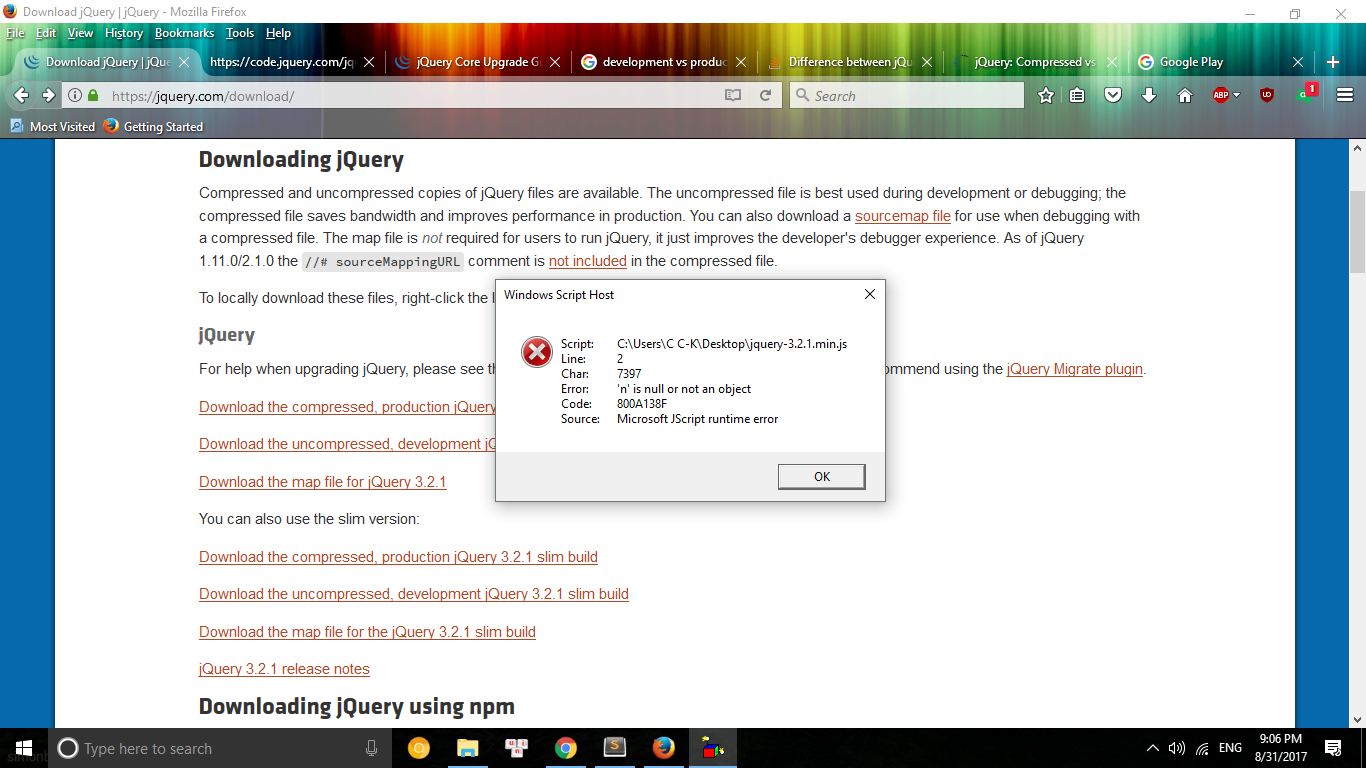 Can anyone tell me how to fix these issues? I'm using Windows 10, if that helps.

JQuery isn't something you "open" it is a JavaScript library you include and reference in your website's code via <script></script> tags.

An example taken from the jQuery site itself is:

I suggest reading up more about jQuery in there own docs or just searching the web. Also jQuery is hosted on many CDN's so you don't even need to download it technically to use it, you can include it in your code via

Keep in mind the pro's and con's of loading such libraries from a third party/CDN.

Obviously more pros and cons are out there but you can lookup that up if you want more information; going deeper here is beyond the scope of this question.

Not the answer you're looking for? Browse other questions tagged jquery error download or ask your own question.

2
Downloaded file is from stale cache
1
Error message when opening Googlebase data feed
3
What could keep Chrome from downloading files?
6
Google Chrome blocking downloads from my site
1
PDF download fails because of...what?
0
Firefox doesn't update cache of a downloadable zip file. Why?
12
How to prevent pictures from being downloaded by right-clicking on them or Inspecting the web page?