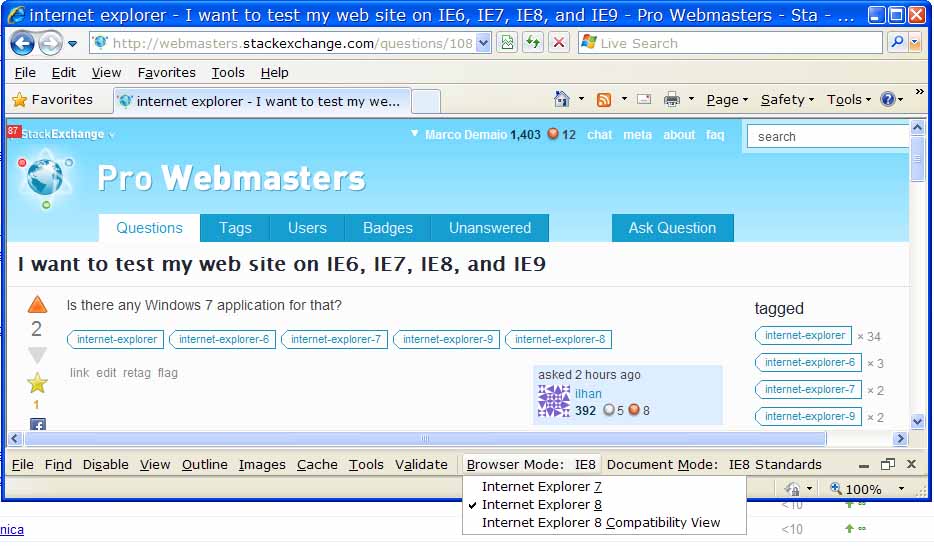 0
Cross browser testing strategy on Mac OS?
12
In what browsers do you test your websites?
0
A tool for test webpages in older Browsers?
1
Browser compatibility issues