How to avoid getting warnings from Google about render problems due to robots.txt when there is Facebook content on our site?

It's quite weird that Google seems to try to crawl some Facebook content, which makes me get a warning. How do I avoid this? 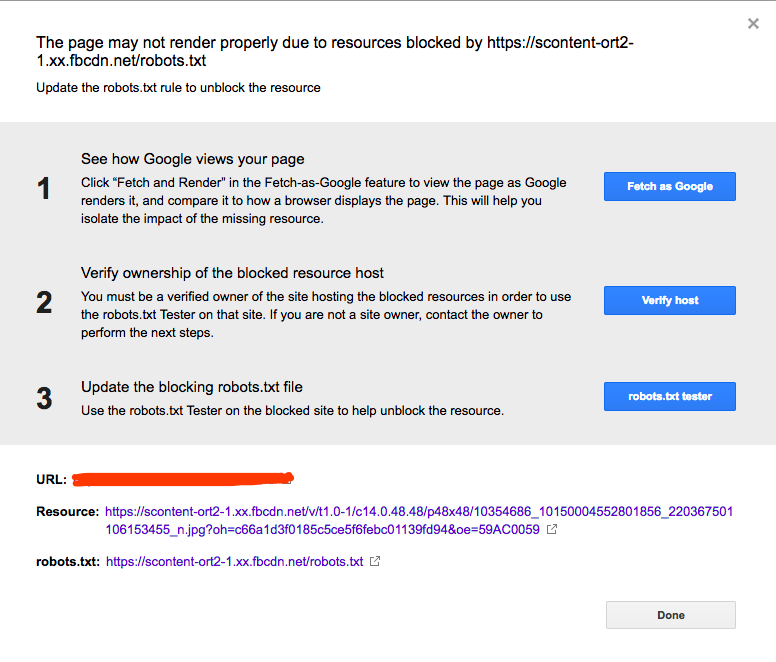 This alert isn't relevant for your site's rating and ranking. Google absolutely realizes, that it crawls a third party ressource, and Google knows the web situation profound enough to understand, that you don't control crawling of scripts hosted by Facebook ;)

Not the answer you're looking for? Browse other questions tagged google-search-console or ask your own question.