For a website, I have uploaded two normal sitemaps and two image sitemaps (one for each language), respecting the structure given by Google.

While the normal sitemaps are indexed normally, only a few of the images are indexed, and I can't figure out what's wrong. 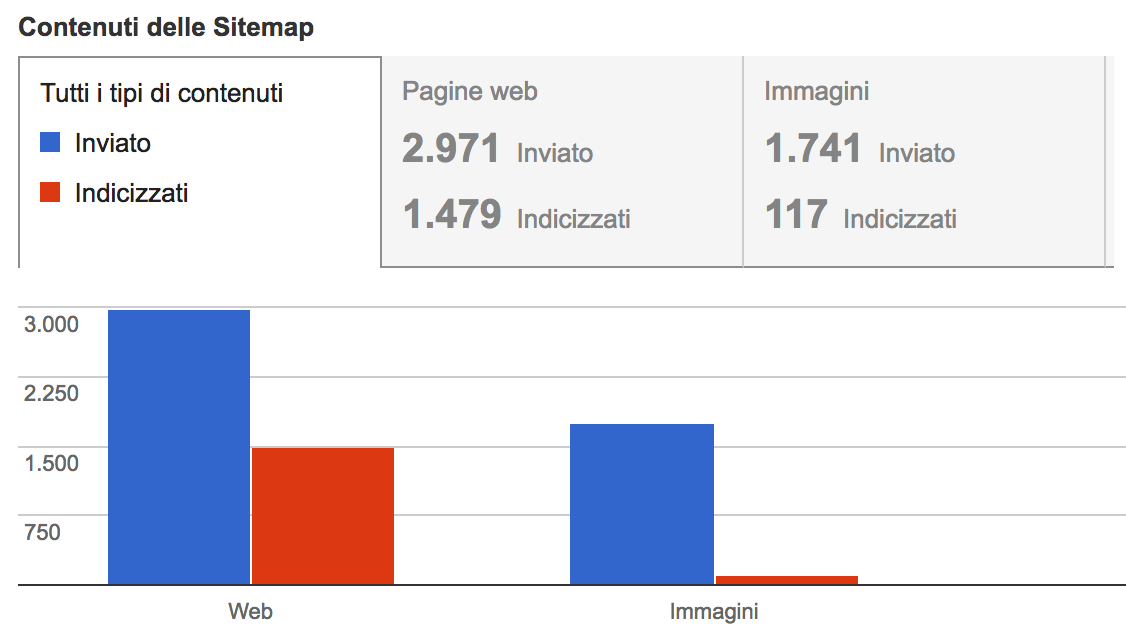 Here is a simple record from the sitemap

Can anyone suggest what is wrong (in the map or in page)?

Google is almost never willing to index all the pages and images available on a site. The number of pages and images that get indexed is based on the site's reputation and the quality of the content. Having half of your page indexed is quite normal. Most of my sites have pages that are not indexed.

There are several reasons something might not be indexed:

Check to make sure that there aren't any obvious errors or quality problems, but I'll be the issue is lack of reputation. As your site gets older and gains links and references, the number of indexed pages should grow.

Not the answer you're looking for? Browse other questions tagged google-search-console sitemap images xml-sitemap or ask your own question.

4
Determining which sitemap entries not indexed by google
3
The "Total Indexed" is always zero in Google Webmaster Tools despite it showing some of the sitemap is indexed
8
Which pages from the sitemap are not indexed by Google?
2
Should we include images in sitemap to index?
4
Can I set a priority for images in a sitemap?
1
Google does not accept sitemap with error "Main tag: url, tag: link"
1
Why the new Google Search Console does not read my sitemap?
3
Your Sitemap or Sitemap index file does not properly declare the namespace!