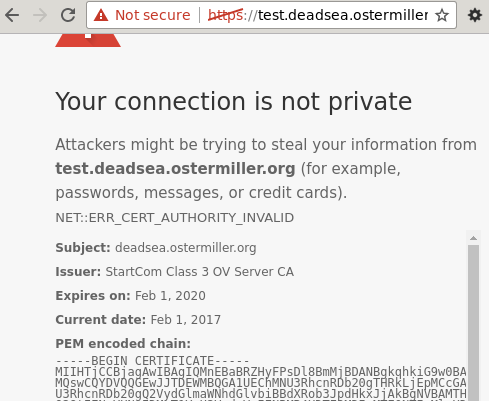 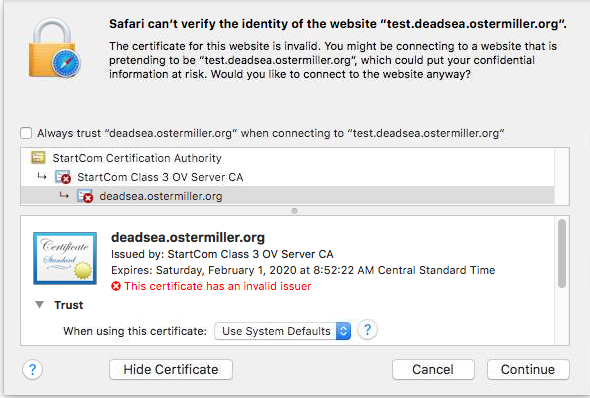 11
SSL certificate provider
11
Are free SSL certificates secure?
5
Does MSIE recognise StartCom as an SSL Certificate Authority?
4
What to do about certificates being distrusted by Google Chrome?
4
Would using a self-signed SSL certificate be appropriate in this scenario?
3
Firefox reports SEC_ERROR_REVOKED_CERTIFICATE with a GoDaddy certificate and the website doesn't work
1
Apache - Firefox - Chrome RewriteCond help
1
startSSL.com - free HTTPS certificates?

1
Extended validation certificate not changing browser bar green in Firefox
0
Thatwe SSL123 Installation issue on CPanel, Invalid Certificate on Firefox
1
Problems with apache rewrite
2
Does each and every subdomain require its own SSL certificate?
4
Are Commercial SSL Certificates (key file, and certificate file) portable when migrating between a new and old Apache2 server?
1
Apache - Firefox - Chrome RewriteCond help
7
How do I remove HTTPS results from Google after the domain has been redirected and the SSL certificate taken down?
2
SAN SSL certificate vs Single Site SSL and SEO
3
Firefox reports SEC_ERROR_REVOKED_CERTIFICATE with a GoDaddy certificate and the website doesn't work